Bangladesh the 2nd best side in Asia after India: Akash Chopra 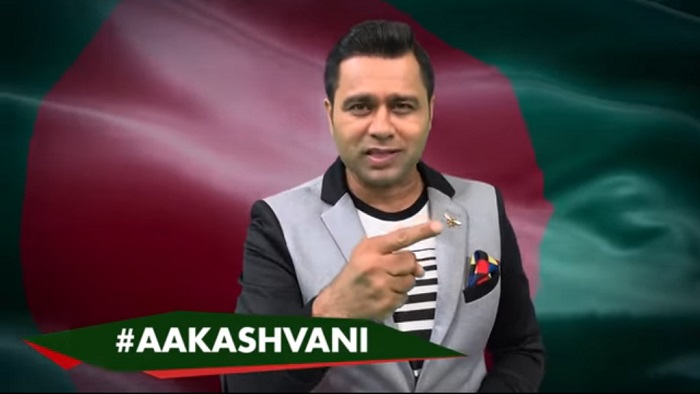 Aakash chopra, a cricket analyst and former Indian cricketer, has said not Pakistan but now Bangladesh is arch cricket rival of India.

He also predicted that Bangladesh cricket team would finish at the 4th position in the upcoming ICC men’s Cricket World Cup 2019.

He said Bangladesh is favorite to finish in the top four alongside India, Australia and England.

“Bangladesh can finish at the 4th position in the World Cup. They have that ability. India, Australia and England are my top three and Bangladesh is a front runner for the fourth position.  New Zealand, South Africa and Pakistan will also compete with Bangladesh for that position but I think Bangladesh is little bit ahead of them,” he said.

Aakash believes that Bangladesh can go far if they can cope up with the new swinging ball.

Mentioning that Bangladesh is the 2nd best side in Asia after India, Akash said, “If they can overcome the new swinging ball in the first few overs they can trouble a lot of the teams.”

“In Asia if any team rules after India its Bangladesh not Pakistan,” he said.

Akash told this in a latest video on his Youtube channel published on Saturday (May 18).

Bangladesh has come a long way since their debut in the 1999 World Cup. In their first World Cup Bangladesh had beaten Pakistan after that in 2003 they got knocked out in the first round.

The 2007 world cup was historic in that World Cup they won against India and South Africa. In 2011 world Cup they beat England on their home soil.

In 2015 World Cup they reached in the quarter final after beating England in a thrilling match. They have gone to the knock out stages of the Champions league and final of the Asia cup twice, and their improvement in the recent years has been remarkable.

Few years back they only won bilateral series on their backyard now they are winning on the foreign soil too. Recent tri-series win proves how good they are. So, Bangladesh is not the minnow that everyone thought of them before.

“ Bangladesh plays really well, it’s a fifty over game and they will play nine matches, I think they will beat few teams and have the ability to go on to the knockout stage.”  Aakash hoped.