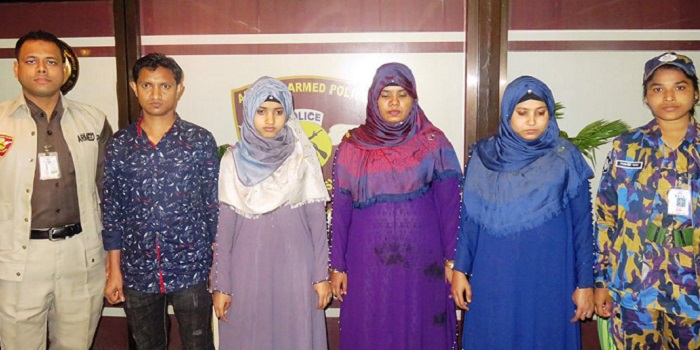 The detainees were Arifa Begum, Monika Hossain, Sanwara Begum and identity of other one could not be known immediately.

They were trying to depart to Jeddah via Bahrain by Gulf Air Airlines at 05:40 hrs, said officials.