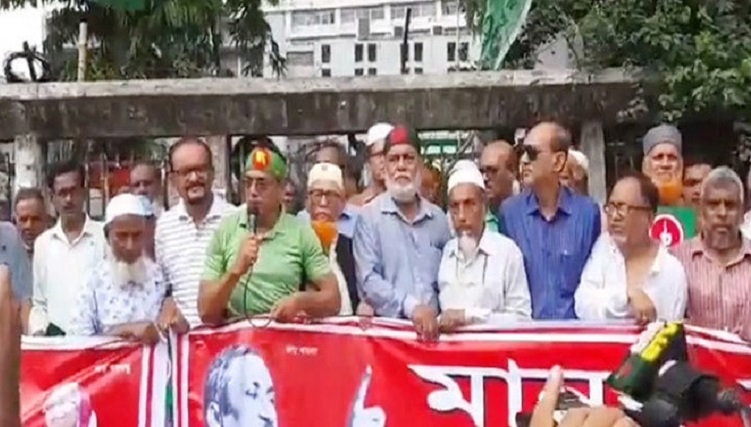 They came up with the demand in a human chain formed in front of the National Press Club in the capital on Sunday.

While speaking in the programme, Babul Chisti said the founder of BNP, Ziaur Rahman and Khandoker Mostak Ahmed worked against freedom fighters and they destroyed the spirit of liberation.

“Prime Minister Sheikh Hasina is working for the welfare of freedom fighters. So we requested her to give us 35 thousand taka as monthly allowance and the constitutional recognition” he said.