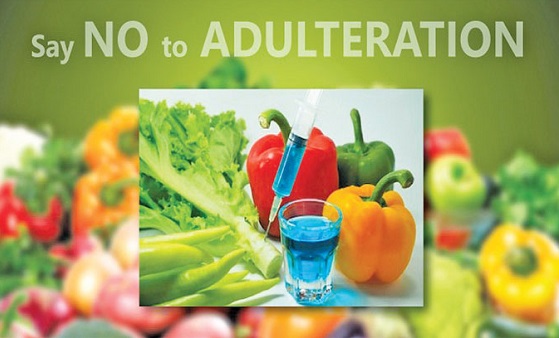 The sacred month of Ramadan is once again upon us with its glory. The Holy Qur’an was revealed in this month. This month is very significant to Muslims as Almighty Allah showers blessings and benedictions on humans who do good deeds. Muslims as per Qur’an directives keep fast from dawn to dusk to have the Almighty’s benediction. The month of Ramadan teaches us to be restrained from all evils and wrongdoings and purify us from all sins. However, we are observing the reverse scenarios.

Some unethical businesspeople are committing heinous crimes of adulteration of foods by mixing harmful substances for maximising their profit. Not only the small businesspeople but also big corporate houses are involved in food adulteration. The food adulterers are so reckless that they do not spare even the holy month of Ramadan. Recently, we have observed some drives being carried out under the auspices of RAB and other organisations where massive adulteration, irregularities and contamination of food have come to the fore.

The mobile courts have fined the unscrupulous restaurants and food courts owners. Still food adulteration, contamination and providing substandard foods are going unabated. It has reached such a level that the honourable Supreme Court’s High Court Division had to intervene in the public interest related issue.

The BSTI has unveiled recently that 52 items in the market are substandard and contaminated. The court has given directives to withdraw those items from the market. The pecuniary punishment and short-term imprisonment by mobile courts have long been proven fruitless and ineffective.

People have been dangerously affected by various chronic diseases and are dying every day due to bad effects of adulteration. Even baby food like milk are not safe as recently an organisation collected specimen of 96 different types of packed milk of different companies, among them 93 samples were found to have excessive presence of lead and harmful substances.

By having those adulterated foods people become easily prone to various chronic illnesses and succumb to their maladies.