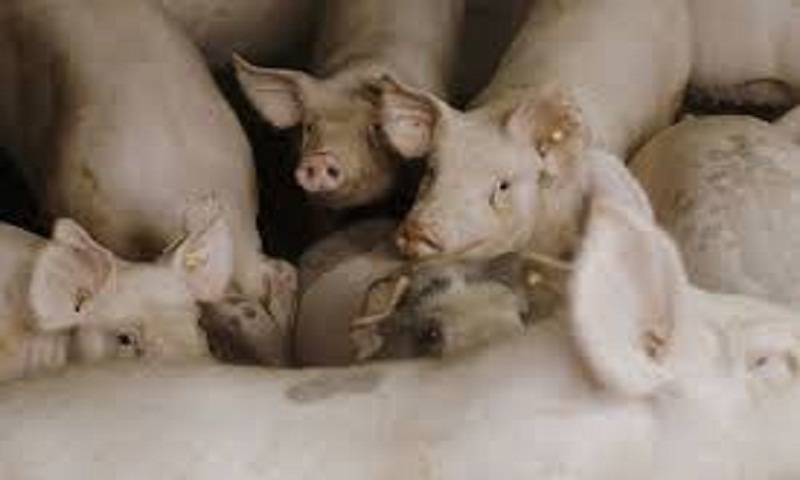 Thailand, one of Asia’s top pork producers, is intensifying efforts to hold off a lethal pig virus that’s causing havoc as it spreads across the region, reports Hindustan Times.

African swine fever -- a disease that kills nearly all the pigs it infects -- has been spreading through Asia from China and Mongolia to Vietnam and Cambodia. Millions of pigs have been culled, creating a global protein shortage and saddling farmers and food businesses with billions of dollars in costs.

“We’re on red alert for the pig virus,” Anan Suwannarat, the permanent secretary in Thailand’s Agriculture Ministry, said in an interview. “We’re trying everything to prevent it from spreading to Thailand.”

China, the largest pork producer and consumer, has been trying to contain the outbreak since August. But with no vaccine, the virus keeps spreading.

The strain of African swine fever spreading in Asia is undeniably nasty, killing virtually every pig it infects by a hemorrhagic illness reminiscent of Ebola in humans. It’s not known to sicken people, however.

“No country is safe,” said DirkPfeiffer, aprofessorat the Department of Infectious Diseases and Public Health at the City University of Hong Kong. “There’s a high risk of introduction of the virus for Thailand, as is the case for every country in the region and beyond.”

Thailand produces over 2 million hogs each year, and exports about 40% to Cambodia, Laos and Myanmar. It doesn’t import live hogs or pork meat, according to Cheerasak, and now visitors are not permitted to bring processed pork products into the country.

It has confiscated pork products at its airports and borders 550 times since August, detecting the virus 43 times, according to the Livestock Department.

The Thai Swine Raisers Association said the government is striving to keep the disease out. The group’s president, Surachai Sutthitham, said he’s “confident Thailand can stay clear of the virus.”

Porous borders increase the risk of the disease entering the country. The virus can survive in uncooked meat for a long period of time, and hogs can get infected if contaminated food gets into their feed. But swill feeding in Thailand is rare, Cheerasak said.

An outbreak in Southeast Asia’s second-largest economy could pose a risk for major food companies like Betagro Pcl and Charoen Pokphand Foods Pcl, and threaten 180,000 smallholders. It would also create an immediate challenge for the government due to be formed soon following March’s general election.