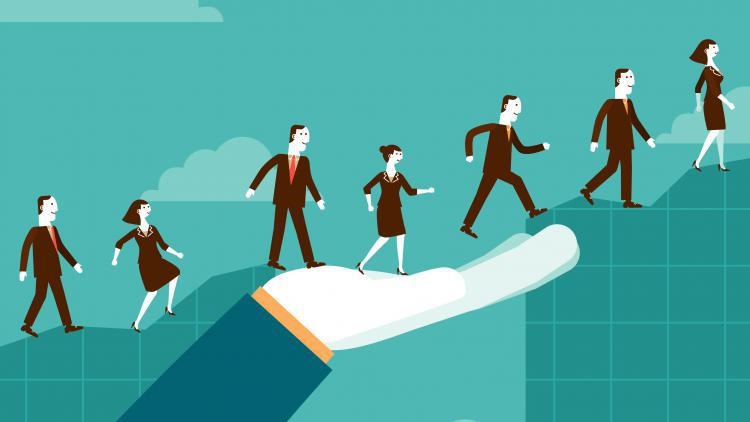 Gone are those days when teachers were revered as much as parents on earth. The students like obeying their parents with respects and dread never forgot to abide by their teachers and conformed to their directives. The parents requesting the teachers to impart education, moral values and wisdom to their children in many cases would urge them to take stern actions against their children, if necessary. When the result of the examinations came out, the houses of the teachers would have been saturated with the arrival of the students having passed out and their guardians and the teachers felt glad that their mission had successfully paid off. Even many parents would definitely encourage their children to become teachers.

At that time, the teachers might have no enough money but they were among the most respected members of their communities. In those glorious days, even in any social judiciary, teachers were humbly invited and requested to opine. Accordingly, the litterateurs have portrayed the supreme glory of the teachers through their verses and words. Even history depicts that the merciless rulers would bow down before their teachers. Such were the status the teachers held!

Regrettably, this respect and love have been eroded drastically. Now, students do not hesitate to assault their teachers, let alone respect them. Now, students expect teachers to ‘abide by’ their (students’) unfair demands. If the teachers try to refrain the students from resorting to unfairness, the chances of attacking, threatening, physically assaulting and if required, killing them are hardly spared by the students. More shockingly, some ‘disgruntled’ guardians join the heinous activities of assaulting and attacking the teachers carried out by their offspring. Hence, once revered as the noble profession, teaching has now lost its magnificence, thanks to the changing socio-economic viewpoints and realities. Although teachers are regarded as the makers of the nation, today these unwelcoming facts and heinous activities hardly encourage brilliant students to join teaching profession.

Nevertheless, the safety of and reverence for teachers has once again been brought to the fore after the emergence of a video of some unruly youths attacking a teacher, pouncing him and kicking him at the college premises. This recent assault on the teacher illustrates the vulnerable position of the teachers. On 12 May, Md. Masudur Rahman, a 36th BCS (General Education) Cadre officer and a teacher of Bangla department at Government Shaheed Bulbul College in Pabna, was allegedly assaulted for taking action against two female examinees for copying during Higher Secondary Certificate (HSC) examinations. The CCTV video footage going viral since the attack shows that, a group of youths were seen pouncing, one of them kicking him while he was returning home from the examination centre on his motorbike. Right before one of the youths kicked Masud in the back, several others were seen punching him and issuing apparent threats. Since then, the victim could not go to college for past four days due to the continuous threat of the attackers. “Threatening me, the attackers said they would cut off my hands if I went to the college again,” Masud said.

The attackers did not sit idle. Rather, soon after the attack, an allegation of sexual harassment against the victim teacher was submitted to the college authorities by a girl student of another college. The same girl had an argument with Masud at the college examination centre of Higher Secondary Certificate (HSC) a few days back, on May 6, when he stopped her from copying answer script of another girl, said Masud. The aggrieved girl is most likely behind the assault, he claimed, adding that the false allegation of sexual harassment was raised only to justify the assault on him (The Daily Star, 16 May, 2019).

It is really deplorable that teachers have these days been devalued, deprived and in the last few years, the pace and intensity of the attacks on teachers escalating sharply have frustrated the teachers more. Some questions may arise with regard to the attacks: What lies behind these assaults on teachers? And, even more importantly, what can we do about it?

When the unfair demands of some students or their allied wings to the college administration and teachers are not met, the administration and concerned teacher(s) come under the attacks and go through physical and verbal abuses. The unfair demands include illegal share of different sources of college finance, unlawful activities at the exam halls, interference in students’ admission procedures etc. What is more shocking, sometimes the clandestine tie between some corrupt teachers of vested interests and the unruly students acts behind such culpable incidents.

Again, many incidents of attack on the teachers are not either reported or tried to hide. It is because, following the incidents, the assailants and their collaborators continuously threaten the victims and their family members and keep them under pressures not to report against them. These unruly students and their accomplices, in many cases, work as the weapons for the local political parties and thus, get support from their political patrons. Therefore, no exemplary punishments for attacks on and assaults of teachers are yet to be done.

However, if anyone thinks merely teachers are under the threats and attacks, he is absolutely not correct in his opinion. If teachers who are shouldered with the responsibilities of imparting education to the pupils and building a nation with a solid ground of development are again and again assaulted and barred from discharging their duties, the totality of education sector will come apart as the brilliant students will neither be inspired to join the profession nor exert their efforts to prevent developing the pupils. Perhaps, for the fear of attacks, assaults and murders, they will refrain themselves from properly performing their duties. If a teacher doesn’t feel secured for accomplishing his duties and feel deprived of getting proper attention and support from the authorities, why will he risk his own life and honour?

When I worked in the University Grants Commission (UGC) of Bangladesh, I was a member of “Prime Minister Gold Medal Award Ceremony” committee in 2016. UGC awards the most meritorious students of the university “Prime Minister Gold Medal” in recognition of their securing highest marks/CGPA in their respective faculties. In the ceremony, the Premier hands over the gold medals among the talented students of different universities of the country held at the Prime Minister’s Office. However, in the ceremony in 2016, I had an opportunity of listening to her precious words. In her speech, our Prime minister again and again stressed upon the honour and dignity of the teachers. She recalled her academic life and her honourable teachers.

Bangladesh in the new millennium has been experiencing a ground-breaking revolution in her educational sector since the government of Bangladesh has already started working on the implementation of the grand project of United Nations (UN) titled ‘Sustainable Development Goals (SDGs)’ where quality of education has been given the top priority. But if the teachers of the country are deprived and go through attacks, assaults and threats more often, the all-out endeavours taken by the government to implement the SDGs will drop behind.

The writer is a BCS (General Education) Cadre officer and teaches English at Ishwardi Government College, Pabna. He can be reached at: [email protected]