Eid journey will be hassle free this year: Quader 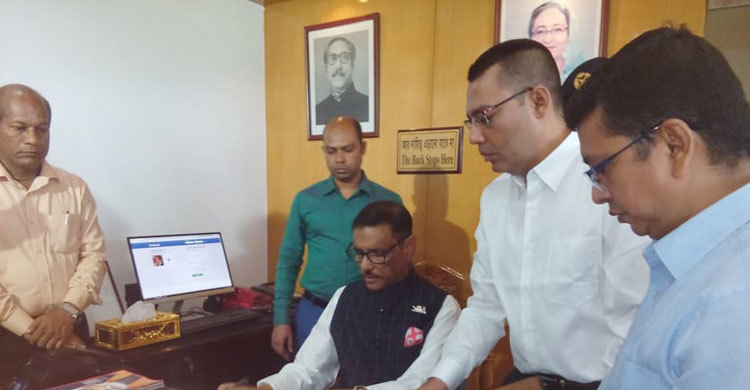 Road Transport and Bridges Minister Obaidul Quader has expressed his hopes on Sunday that the Eid journey of commuters this year will be smooth as a result of better traffic management and prior preparation.

“This year our ministry started Eid preparation before Ramadan. Our preparation is much better than any other previous year,” the minister said in a view exchange meeting with reporters at Road Transport and Highway Division meeting room.

Quader also informed that all the three new bridges -- 2nd Kanchpur, Meghna and Gumti--will be opened to traffic on May 25.

Earlier, the roads and the bridges minister, who was under medical treatment in Singapore for over two months following a cardiac arrest on March 3, joined his office this morning.

Secretary of Road Transport and Highway Division Md Nazrul Islam welcomed Quader when he reached his ministry office at 10:25am.

Quader, also the AL general secretary, returned home from Singapore by a Biman Bangladesh Airlines flight on May 15 afternoon.

Quader was admitted to Bangabandhu Sheikh Mujib Medical University (BSMMU) on Mar 3 following the cardiac arrest and was flown to Singapore the next day for better treatment. Since then he was under treatment at Singapore Mount Elizabeth Hospital, where he underwent a bypass surgery on Mar 20.

He was discharged from the hospital on Apr 5 but stayed at a rented house in Singapore for follow-up treatment, the ministry sources said.

Quader came back home on May 15 from Singapore. He took part in the state program marking the homecoming of Awami League president Sheikh Hasina, the incumbent Prime Minister, on May 17. He greeted the Prime Minister by offering a bouquet.