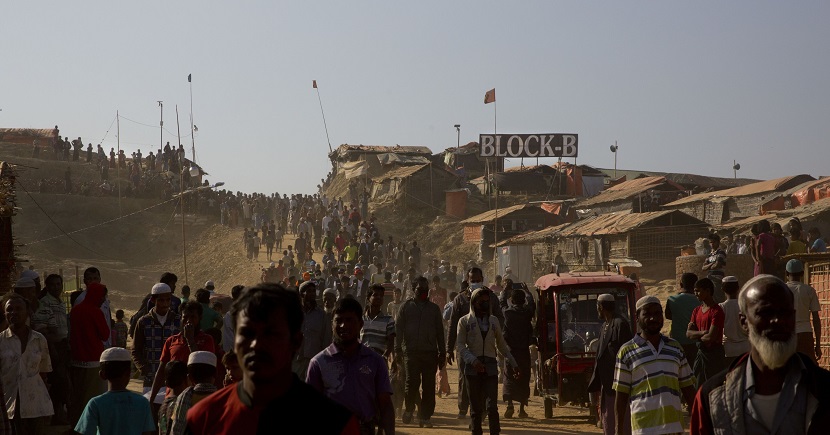 Robert Chatterton Dickson, the British High Commissioner in Dhaka, deserves a huge thank for telling the world recently that the Rohingya crisis was not Bangladesh’s problem, but of the whole world.

Media reports quoted him as saying that these Rohingyas, who fled last year to Bangladesh to escape persecution at home by the Myanmar army, also “posed a security threat to the world also.”

We must take his words seriously and thank him for speaking the facts in public which have both domestic and international implications. We believe his message would go a long way in getting the world community to act on getting the Rohingyas back to their homes in Rakhine, which appears to impossible because of the situation, or elsewhere other than putting the financial burden and security risks for Bangladesh to face alone.

The situation in Myanmar’s Rakhine state is critical and the United Nations has failed to get access to the area. Rohingyas are being killed and those who have survived so far are going hungry. Thus one may reconcile to the facts that these Muslim minorities have to make their new homes elsewhere.

What is concerning is that they have not been taken to the newly developed Bhashanchar island for different concerns. Those who have knowledge about the island told this writer that homes built there were not only safe, but much, much better than those they are now sheltered in south-eastern Teknaf and Cox’s Bazar.

Thus the world community must make alternative arrangements and allow those who can be accommodated to move to the Bhashanchar Island on a temporary basis.

High Commissioner Robert C. Dickson has warned the world community the security risks these Rohingyas pose to Bangladesh and beyond. His statement carries immense significance because a diplomat of his stature has intelligence information and apparently he spoke from knowledge gathered from his country’s domestic counter-intelligence and security agency MI5 or so.

When one focuses on the recent violent incidents in the camps where the Rohingyas have multiplied their population, have fought in the camp and killed their own people, involved in drug smuggling and other crimes which are having a huge negative impact not only in Cox’s Bazar and Chattogram, but also beyond.

A Dhaka daily reported last week that many of the Rohingyas are now living in a state of panic. They blame unemployment in the camp and rivalry among their leaders for the situation there.

At least 31 people have been killed allegedly by fellow Rohingyas in the camps while many others abducted for ransom since August 2017 when the country saw the exodus of more than 700,000 Rohingyas, who fled atrocities in Myanmar, the report said.

These Rohingyas have been caught trying to go to the Middle East with false passports at airports and by boats to Malaysia. Many have perished in the sea.

What is frightening is that many of them have procured modern weapons and are reportedly involved in militant activities.

Thus, at a time when Bangladesh has brought militancy under control, threat from the Rohingyas is indeed a matter of great concern which needs immediate action from the world community.

Visiting Gambian Foreign Minister Dr Mamadou Tangara today said they are committed to taking the Rohingya issue to the International Court of Justice, which is one of the best news so far on the Rohingya issue.

We hope that British High Commissioner Robert Chatterton Dickson would take the matter to his government, highlighting the current state and the security implications which were getting worse every day. Before the situation gets out of control, the world community should take united step that the Myanmar government would be forced to accept Rohingyas back to their country.

Bangladesh has shown magnanimity in allowing them to enter this country and keeping them, knowing how difficult it was to deal with these Rohingyas, let alone the destruction of hills and forests.