Akshay Kumar is the biggest prankster in the industry, says Vidya Balan 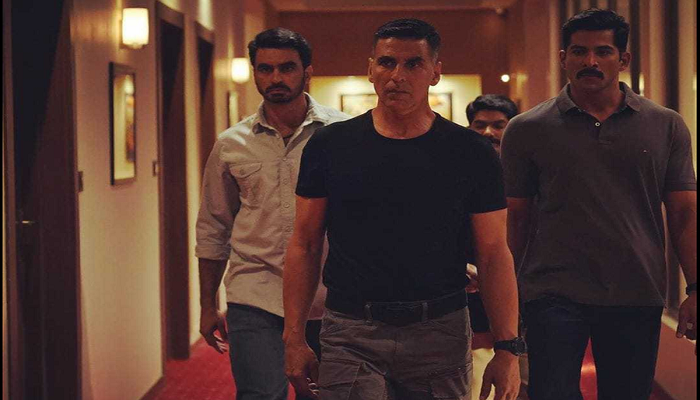 The issue of mental illness and the stigma associated with it is finally being highlighted, and conversations on the topic are creating an awareness that the issue deserves. Doing her bit, actress Vidya Balan, who hosts a radio show that takes up important social issues, addressed the topic in detail in one of her latest episodes.

Revisiting her movie Bhool Bhulaiyaa, which took this initiative 12 years ago, the actor talked to Mumbai-based RJ Abhilash, aka Mumbai Ka Sabse Bada Struggler RJ Abhilash, in her Friday special segment. They spoke about superstition, ghosts and the aspect of mental illness in Bhool Bhulaiyaa. Vidya also discussed her character and co-star Akshay Kumar.

Speaking about Akshay Kumar, she said, “We have just finished shooting for Mission Mangal and it will release on 15th August. The madness he had 12 years ago is still there today. He is a prankster; if anyone in the industry knows how to pull a prank, it’s Akshay Kumar. I have trained under him because Hey Baby and Bhool Bhulaiyaa are the first few movies I did in my career. On every set, people say I play so many pranks and all I say is I have trained under the best.”

Talking about the superstitions and lack of awareness on mental health issues, Vidya said, “I don’t believe superstitions at all, if you tell me something scientifically then I’ll believe you. But Avni in Bhool Bhulaiyaa was a victim of dissociative personality disorder which is a psychological issue. It looks like a horror movie but actually, it really wasn’t a horror story, it was a psychological issue that has been clubbed very interestingly. In the end, you get to know it’s not a horror story, it’s a movie on mental health and mental instability.”

On playing Manjulika, Vidya reminisced: “My director, Priyadarshan, said a very important thing to me, ‘Bring out the animalistic instinct in you, I want to see a wild side of you. Just imagine you are a cheetah and portray its fierceness just before a kill’. I was skeptical as to how I will do this and then as soon as he said ‘action’, I did something and he liked it. But when I did this character, I realised that it must be so scary for people who go through this, this disconnection from reality. Depression is just one mental illness, there are a lot more and when someone shares something like this with you, get them help.”

It is an official remake of the 1993 Malayalam film, Manichitrathazhu, starring Mohanlal and Shobana, which was already remade into several languages films.

It received critical acclaim and was also a huge box office success. Vidya Balan’s performance in the film is still considered iconic and regarded as one of her best to date.