One of Agargaon TV blast victims dies at DMCH 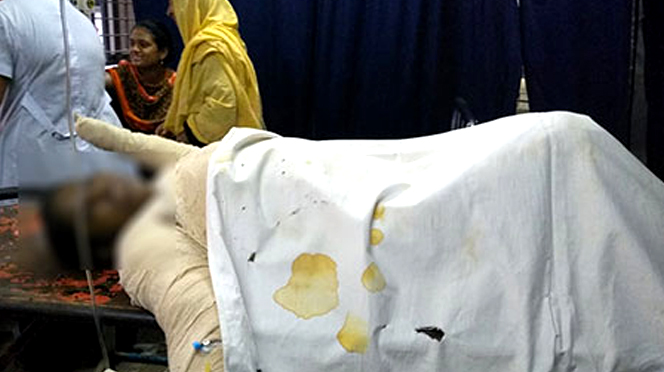 A man, who was severely burnt in a gas pipeline explosion at their home in Agargaon area of the capital on Thursday, has succumbed to his injuries at the Dhaka Medical College Hospital (DMCH).

The deceased has been identified Mukhter Hossain, 40, owner of a pharmacy.

DMCH police outpost’s Sub-Inspector Bachchu Mia said Mukhter had suffered 97% burns on his body and died in the early hours of Sunday.

On Thursday evening, Mukhter Hossain and and his wife Salma Begum, 35, had received severe burn injuries in the TV blast and subsequent fire.

Relatives said that the explosion occurred in their flat on ground floor of a four-storey building in Pashchim Agargaon.

Later, they were rescued and taken to the BMCH burn unit.