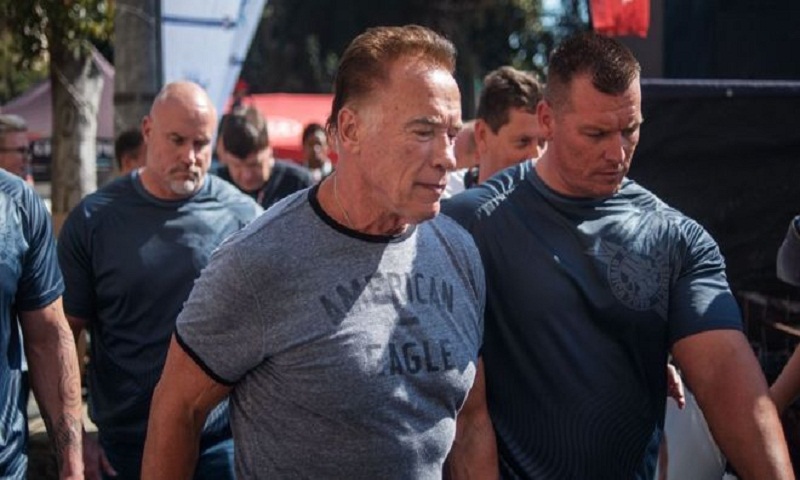 Video footage has shown Hollywood star Arnold Schwarzenegger being attacked at an event in South Africa.

The 71-year-old former California governor was interacting with fans during a skipping competition at his Arnold Classic Africa sporting event when a man drop-kicked him from behind.

The attacker is seen being restrained following the incident.

Schwarzenegger thanked fans on Twitter for their concern, but insisted there was "nothing to worry about".

The video footage, shared widely on social media, shows Schwarzenegger posing for photos and filming at the Johannesburg event on Saturday when the man attacks him with a flying kick.

The Terminator star stumbles forward after the kick, while the attacker falls to the ground, where he is immediately restrained by a security guard.

The man was later handed over to police officers, event officials said.