Final round of voting underway in Indian elections 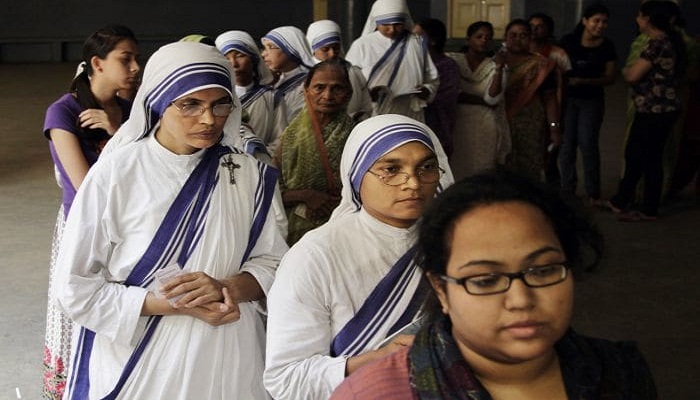 The voting began at 7 am today in the final round of the seven-phase poll process, which began on April 11, for electing the 17th Lok Sabha. Prime Minister Narendra Modi’s constituency Varanasi is among the 59 parliamentary seats voting across 7 states.

The PM , as he did in all the earlier phases too, tweeted an appeal in the morning, urging voters to come out and vote in huge numbers. “Your one vote will shape India’s development trajectory in the years to come. I also hope first time voters vote enthusiastically,” he wrote.

Early morning queues were seen at several polling booths in Uttar Pradesh, Bihar, Jharkhand and Himachal Pradesh. Bihar CM Nitish Kumar was among the early voters and batted for shorter poll schedules: “Elections should not be held over such a long duration, there was a long gap between each phase of voting. I will write to leaders of all parties to build a consensus on this.”

More than two months of official campaigning for the 2019 general elections ended on Friday. The Election Commission of India (ECI) had announced the schedule on March 10.

Three states — Uttar Pradesh, Bihar and West Bengal — had constituencies scheduled for polling in each of the seven phases in the elections. In addition to these states, Sunday’s polling will include all PCs in the northern states of Punjab and Himachal Pradesh. Three PCs in Jharkhand are also scheduled to vote.

Of the 59 setas where voting will take place, the Bharatiya Janata Party (BJP) had won 33 in the 2014 elections. Its allies in the National Democratic Alliance (NDA) had won an additional seven seats. The United Progressive Alliance (UPA) had won just five of these seats.

Varanasi, where Prime Minister Narendra Modi is the BJP’s candidate, will be voting in Sunday’s phase. Gorakhpur, a seat that was held by UP chief minister Yogi Adityanath for a long time, and which the BJP lost in a by-poll, will also vote. West Bengal, which has nine PCs voting in the final phase, has seen large-scale poll-related violence in these elections. The ECI cited this as a reason to cut short the campaign period in the state by a day. To be sure, opposition parties have questioned the impartiality of the ECI over the manner in which this decision was taken.