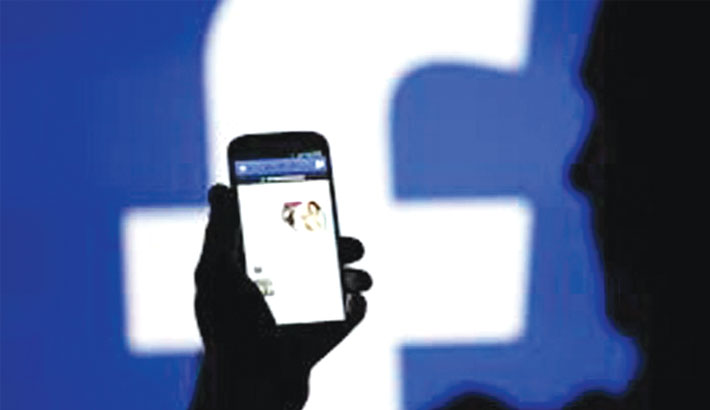 It's evening. Tomorrow my exam will be held in the morning but still I am not serious about my study. Whenever I try to focus on my study, my Facebook friends start giving me messages on facebook. Then we start chatting with each other. After chatting, I post a status about preparation of the upcoming examination. Many friends comment there and I also reply. Finally, when I look at my clock, it's already 11 PM. Now I am feeling nervous for what's going to happen tomorrow.

Right at that moment I call my friends. When I cut their calls, it is 12:30 am. Then I decide. No more facebook, now I have to study. After 10 minutes, my mind says “What is happening at the 'Blue World'?’’ Again I scroll and comment on my friends' status. Now it is 2am. I have to sleep now. On exam day I get up early but after sometime again I scroll Fb. Now my preparation is not enough.

My student, Ritu, reads in class 8. She has 3 FB accounts. But she has given fake information. She is always busy with chatting, scrolling and taking selfies. Now she is inactive about her study. Recently she has found a boy friend at Facebook. Now she is so emotional.

Then, it is my friend Trisha's birthday. She is getting more and more wishes on facebook, Instagram. Now she is so happy but when someone writes just ‘’Happy Birthday’’ without any beautiful compliment, she feels depressed.

Another Facebook friend always uploads his post mentioning his successes only. Sometimes he wants to prove himself to be the most brilliant and successful person in this world. When normal persons including me watch his video or read his status, we feel depressed and say we have no bright future like him.

Nafisa is a beautiful girl. She changes her profile pictures twice or thrice in a day. She wants to be a FB Celebrity. She also wants more reactions for her profile pictures. If she fails to get more reactions in a day, she feels upset and starts crying. Sumi is crying. Last year she found her boyfriend on facebook. Today she knows that her boyfriend is married and has a daughter.

My female cousin is six only. Her mom made a tiktok video where she played a role as a girlfriend. She doesn’t know what actually relationship means. I asked my aunt about why she had made it. She laughed and replied, ‘’Your sister got 54k reacts and 2k shares’’. Now she is also a celebrity.

Yesterday I went to market. Some teenage boys were standing beside the market. When I was passing them, one was talking on video call with a girl. He used some sexual words. Other boys were laughing.

Another issue is growing up in this generation— we should generate status in English. Everybody will think we are smarter and fashionable enough. We have to check in wherever and whenever we go."

Social media is an important way of communication in developed world as well as in the developing countries like Bangladesh. Actually not only for communication but also for many purposes social media is being used now-a-days, such as Facebook, Instagram, Twitter, whatsapp, Wechat, viber. Facebook is a very popular social networking site and one of the greatest social media sites in recent times. Facebook was launched in 2004, after few years it came to Bangladesh. At least 30 million people in Bangladesh are using different online based social media sites and around 94 percent of the social media users access to the social networking sites like facebook and Twitter through mobile phone devices, according to the Digital report jointly prepared in 2018.

The report also unveiled that monthly active Facebook user number is 30 million. Now, we are confined in Facebook. It is spreading rapidly in our country. People from all social classes use it. Young generation use it mostly. That's why there is huge impact of it such as our society is small and people are interconnected with each other. Sometimes rumor spreads very quickly.

Another issue - Birthday wish on Fb or Instagram. Some People are depressed because 'why their Fb friends don't reply in their post and give long status on their timeline where positive word must be used. Actually it’s one kind of show off and external matter. Day by day we are forgetting internal feelings from heart. Where Love gets more priority and Peace belongs to our mind. Now most teenagers are using this facebook or Instagram. They don't know how to use it appropriately and instructively. That's why they use it and emotionally fall in any kind of trap. The teenage girls are also victim to sexual harassment or Cyber bullying. There is a group of mentally disordered young boys who intentionally disturb unknown or known girls. These boys take the pictures of girls without their permission and create fake account and do evil things. Many crimes are being committed through social media. Some people reveal too much personal details about them. The criminals and cheats may use their personal information to cheat these newer and innocent facebook users. Some people change their profile picture twice or thrice a day. They want to get more love, wow, like react and more positive comments and wish to be celebrity overnight. Actually they are suffering from psychological disorder.

The social media can negatively affect the health of children, and students like as they are more prone to anxiety, depression and other disorders. So, we should be conscious about using it.

Facebook is a social media, where you can contact with each other, can raise hand against injustice. We can share valuable, resourceful things and also can share personal matter what is important to be known to others. Again, the little children are so much innocent, so we should teach them in innocent things and help to build up a beautiful mind. Facebook may have a positive effect as well as negative effect. So, we should be careful about the negative impact of Facebook and should not use it to harm ourselves or others.

The writer is a student of University of Dhaka.