China for a new era of ties with Bangladesh: Envoy 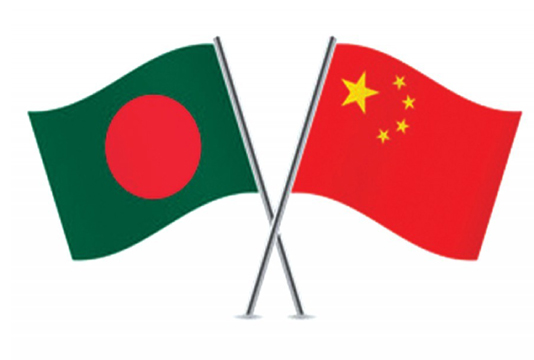 Chinese Ambassador to Bangladesh Zhang Zuo Saturday said his country would like to push China-Bangladesh relations into a new era to bring more benefits to people of both the nations.

“We need to work together to create a congenial atmosphere for cooperation, and deepen our policy connectivity and people-to-people bond,” he said while addressing a launching ceremony of Bangladesh-China Silk Road Forum held at the Jatiya Press Club in the capital.

Mentioning that next year will mark the 45th anniversary of China-Bangladesh diplomatic ties, the envoy said the forum has been launched at the right time when there is a lot of work to do.

The ambassador said Bangladesh’s diplomatic policy of “Friendship to all, malice to none”, and Chinese President Xi Jinping’s “Thought on Diplomacy”, both have provided new opportunities for “win-win” cooperation for the two countries.

“Bangladesh is an important partner for China in its BRI (Belt and Road Initiative) and in production capacity cooperation in South Asia and the Indian Ocean region from every angle, including its location, population size, market potential and cooperation scope,” he said.

The envoy said Bangladeshi people’s dream of a strong and wealthy nation, manifested in the dream of ‘Sonar Bangla’, and the Chinese dream of national rejuvenation pursued by the Chinese people is interconnected and share many common merits.

Zuo said Chinese president Xi Jinping stressed the main partner of the BRI are neighbours, and they will be the first to benefit from it. “We welcome all our neighbours to get engaged in the cooperation, and jointly contribute to the BRI,” he added.

Dr Rizvi said Prime Minister Sheikh Hasina had taken various initiatives to increase connectivity and had laid emphasis on the Chinese BRI which will benefit Bangladesh in achieving its development goals.

The BRI is a global development strategy adopted by the Chinese government involving infrastructure development and investments in 152 countries and international organizations across the globe.