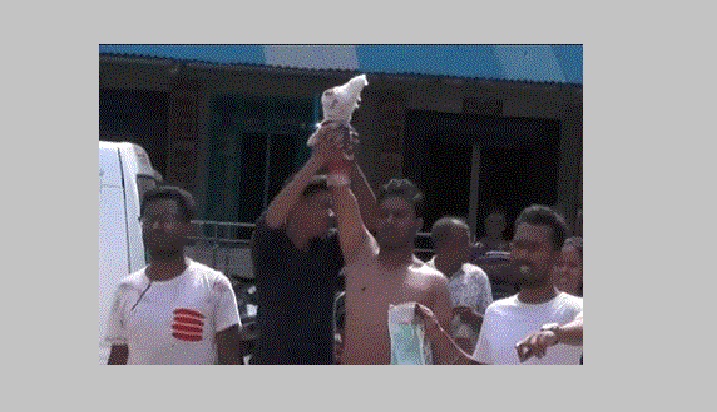 A group of Bangladesh Chhatra League (BCL) Kalaroa unit allegedly chopped off four fingers of a former BCL organizing secretary and businessman over a land dispute at Kalaroa in Satkhira on Saturday.

The victim was identified as Manjur Morshed Tusar, son of Mansur Gazi of Paturia village of the upazila.

Nasrin, wife of the victim, said there was a rivalry over 34 decimals of land at Kazirhat area of the upazila between her husband and Manjur’s uncle. On Sunday morning, a group, led by Sheikh Sagor and Mehedi Hasan, set pillars after measuring the land. Manjur Morshed rushed to the spot and asked them about their intrusion in his land.

“Later, Sagor, Mehedi and their associates beat Manjur calling him from his electronics shop.  Later, Manjur was admitted to the Kalaroa Upazila Health Complex around 12:00pm. The BCL group went to the complex and beat Manjur again. At a stage of beating, Nurul Kabir Babu, associate of Sagor and Mehedi, tried to hit Monjur’s head with a large chopper. Four fingers of his right hand were chopped off when he tried to save his head,” Nasrin said.

Then, Manjur Morshed was shifted to the Satkhira Sadar Hospital.

“We will bring the accused into custody,” Moniruzzaman added.