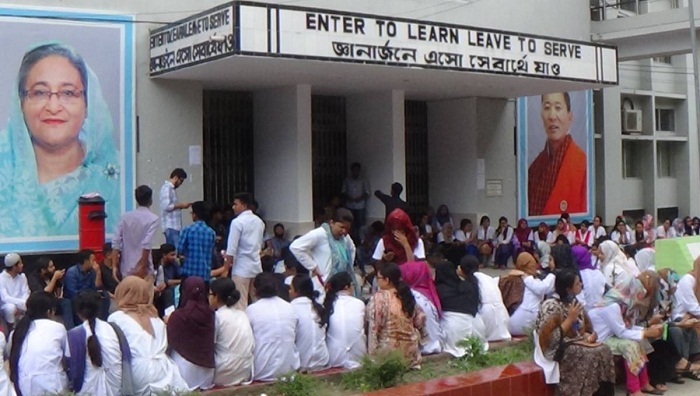 Mymensingh Medical College (MMC) students protested for a third consecutive day on Saturday against the alleged sexual harassment of a female student by a rickshaw puller on the campus.

They gathered in front of the academic building shouting slogans in the morning. They locked the building’s main entrance in the afternoon and vowed to continue protest until their demands are met.

Police are yet to catch the molester.

On Wednesday evening, a rickshaw puller allegedly sexually harassed a female student in front of the college hostel gate. On the next day, students started demonstration and later halted the protest after authorities suspended two hostel employees over the matter.

Deputy Director of the hospital Dr Lakshi Narayan Majumdar said that the ongoing protest will not have adverse effect as there is sufficient number of physicians.