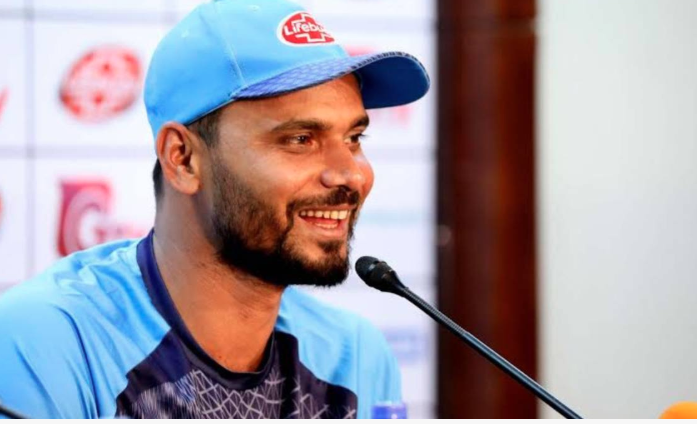 After winning the first-ever multi-nation cricket event, Bangladesh ODI captain Mashrafe Bin Mortaza has insisted that it is just the beginning for the Tigers.

“It’s been a long time [since] we won [a final]. But eventually, we did it on the seventh attempt, and hopefully, it’s just a start. We’ll continue in this manner in future,” he told the media in Ireland.

Bangladesh beat West Indies by five wickets on Friday at Dublin chasing a target of 210 in 24 overs set following the D/L method.

But the weather on the day of the final was not ideal. The game had to be stopped for five hours when West Indies were batting at 131 without any wicket in 20.1 overs. When the match resumed, it was reduced to 24-over-a-side.

West Indies scored 152 for one in their stipulated 24 overs. But the target was raised to 210 following the D/L method.

The flaccid wicket after the rain and a high asking rate of 8.75 were enough to make Bangladesh fear about the result. But the Tigers responded according to the situation.

Soumya Sarkar and Mosaddek Hossain’s bravery helped them lift the title for the first time. At the end of the day, Mashrafe said the wicket was not that bad even after rain.

“The wicket was really good and when we bowled, we understood it's favouring the batsmen. Tamim and Soumya gave us a good start, Mushfiqur batted well while Mosaddek and Mahmudullah finished it well too,” Mashrafe said.

Bangladesh had taken the tri-nation series as their final chance to get prepared ahead of the World Cup. Winning the series undefeated, the Tigers told the cricketing world that they are ready to lock horns with anyone.

“These tough wins will surely boost us in the World Cup to chase big targets or put up big totals on the board, though, the World Cup will really be a big challenge for us as well,” Mashrafe said.