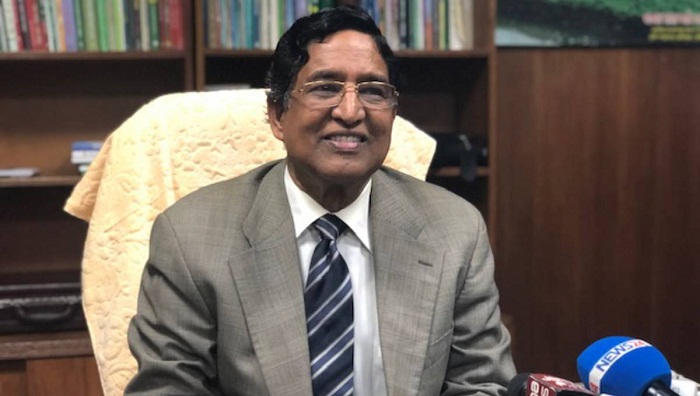 “We’re looking for ways to address the issue,” he told a seminar arranged by Bangladesh Climate Change Journalist Forum (BCJF) in Dhaka.

Farmers have been counting about Tk 300 loss per mounds as the prices fell. A frustrated farmer even set his crop on fire as a protest.

Farmers have urged the government to ensure fair prices. “We’ll be forced to stop producing paddy if the situation persists,” one of them told the media in Dhaka.

Minister Razzaque said that there was not much scope to push up prices by procuring paddy from farmers.

“It’s very difficult to quickly solve the problem,” he said. “One of the solutions is to export rice. But it’ll pose a problem if the country is hit by natural calamities.”

The government is trying to address the farmers’ issues, he said, adding that a decision about rice export will be taken after high-level discussion.

Replying to a question, the minister urged everyone not to negatively view farmers’ protests where one of them set his crop on fire.

“Such protest takes place in many countries,” he said. “We don’t have food shortage anymore. We now have food surplus.”