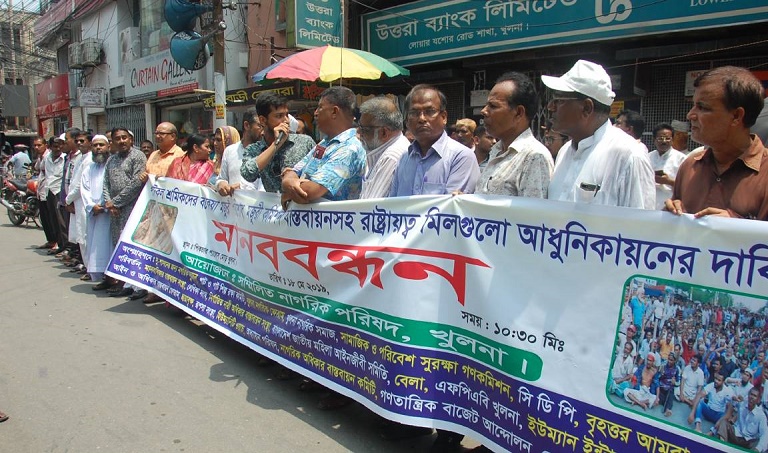 The state-owned jute mill workers resumed their nationwide indefinite strike after a day’s break on Saturday to force authorities accept their nine-point demand including payment of outstanding wages.

They are scheduled to block roads for four hours from 3pm.

Meanwhile, leaders of Khulna Nagorik Andolon and the Chhatra Sramik Andolon formed human chains to express solidarity with the workers.

Workers’ wages of 12 weeks and other employees’ salaries of four months have remained unpaid.

They suspended their agitation after the authorities concerned promised to pay them within April 25. But the promise was not fulfilled and they resumed their protests earlier this month.