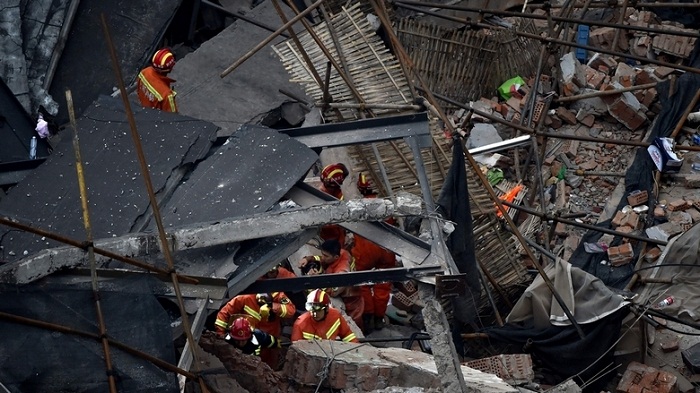 Ten people have died in hospital after a factory wall accidentally collapsed in Shanghai Thursday, according to Chinese state news agency, Xinhua.

As of 1:45 am Friday, 25 people who were trapped have been rescued, 10 of whom died after ineffective treatment, according to the municipal bureau of emergency management.

The wall fell at 11:20 am Thursday on Zhaohua Road in Shanghai's Changning District, when the factory building was being demolished.

The cause of the accident is under investigation.