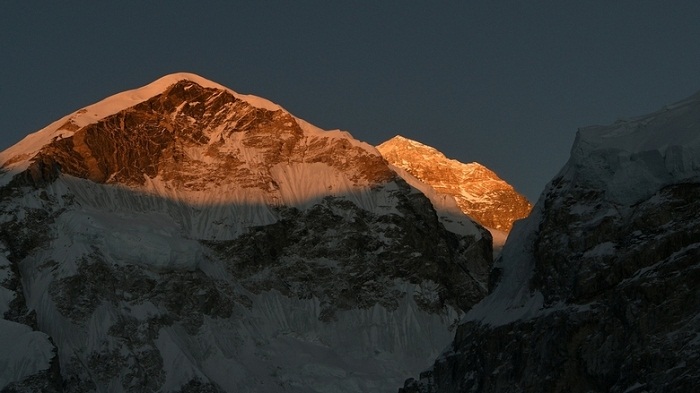 Two Indian climbers died and an Irish mountaineer is missing on the Himalayan peaks of Nepal, officials said on Friday, taking the number of climbers dead or missing this week to six and raising questions about safety and training standards.

Hundreds of mountaineers from around the world are in Nepal, home to eight of the world's 14 highest mountains, for the spring climbing season which ends this month.

Ravi Thakar, a 27-year old from New Delhi, was found dead on Friday in a tent on the South Col of Mount Everest, the world's highest mountain, his trekking company said.

The cause of death was not immediately known, said Thaneswor Guragain of the Seven Summit Treks agency.

Seamus Sean Lawless, a 39-year-old college teacher from Dublin, has been missing since Thursday after he slipped on snow and fell while descending from Everest's 8,850-metre (29,035-feet) summit, Guragain said.

Singh, from the northern state of Uttarakhand, was a member of an Indian army expedition.

On Wednesday, two Indian climbers died and a Chilean mountaineer was missing on Mount Kanchenjunga, the world's third tallest peak.

A record 378 climbers received permits for Mount Everest in the current March-May climbing season, according to Nepal's tourism department.

This year's climbing campaign has seen mountaineers and sherpas injured by rock falls, while others have slipped on the dangerous Lhotse Face or suffered altitude sickness, said blogger Alan Arnett.

"Sadly, all of these incidents suggest a level of inexperience and inadequate support," he wrote in a blog.

Adrian Ballinger of the U.S. based company Alpenglow Expeditions, which sponsors climbers to Everest, said he believed many clients were not receiving sufficient support or training to take on the highest mountains.

"Too many budget teams are willing to take any one on to their teams... They are not necessarily supported by Khumbu Climbing Centre-trained Sherpas or IFMGA (International Federation of Mountain Guides Association) certified mountain guides," Ballinger told Reuters.

"Because of the lack of government regulations specially on the Nepali side we are going to continue to see this type of accidents," he said.

But the head of the Nepal Mountaineering Association said only climbers with adequate training and experience were cleared to attempt the highest peaks.

"Even the most experienced climbers could meet with accidents on a minor technical mistake, extreme weather and winds," association chief Santa Bir Lama told Reuters.