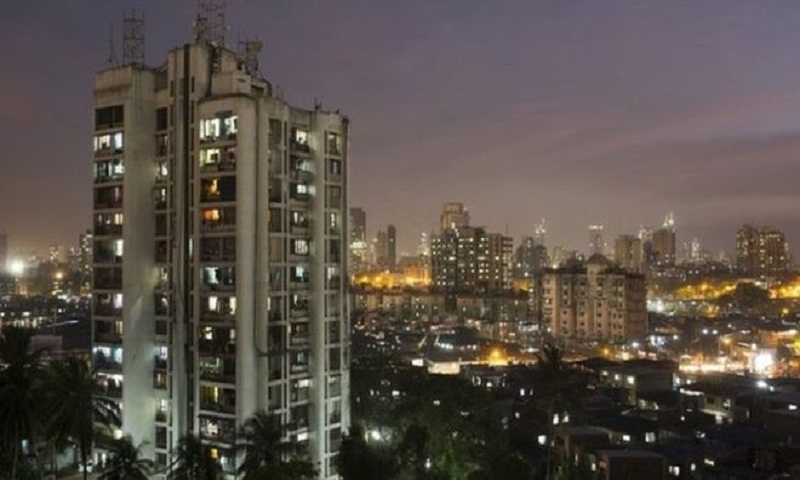 As India lumbers towards the final phase of an exhausting general election and Prime Minister Narendra Modi's BJP seeks a second term in power, there's some worrying news. The world's fastest growing major economy appears to be headed for a slowdown.

The signs are everywhere. Economic growth slowed to 6.6% in the three months to December, the slowest in six quarters. Sales of cars and SUVs have slumped to a seven-year-low. Tractors and two-wheelers sales are down. Net profits for 334 companies (excluding banks and financials) are down 18% year-on-year, according to the Financial Express newspaper.

One newspaper wondered whether India was "losing the consumption plot". Taken together, all this points to a fall in both urban and rural incomes, leading to demand contraction. A crop glut has seen farm incomes drop. And credit stagnation, partly triggered by the collapse of a major non-banking financial institution, or a shadow bank, has led to a fall in lending and worsened matters.

Kaushik Basu, former chief economist of the World Bank and professor of economics at Cornell University, believes the slowdown is "much more serious" than he initially believed. "The evidence is now mounting to the point where it can no longer be ignored," he told me.

One reason, he believes, is the controversial currency ban in 2016 - also called demonetisation - which adversely hit farmers. More than 80% of the currency circulating in India's sprawling cash-driven economy was taken out of circulation in what, in the words of one of Prime Minister Modi's own advisers, was a "massive, draconian, monetary shock".

"This was evident to all by early 2017. What many observers did not realise then - I did not - is that the shock made the farmers take on debts which ended up causing sustained hardship to them that is continuing and slowing down the agriculture sector."

The other major disappointment, according to Prof Basu, has been exports. "Export growth has been close to zero for the last five years. For a low-wage economy like India, a little policy professionalism - a combination of monetary policy and micro incentives - is all that is needed to grow this sector. It is regrettable that the rhetoric was not backed up with policy design."

Others like economist Rathin Roy, a member of the Prime Minister's Economic Advisory Council, believe that India's consumption story could actually be levelling out.

Dr Roy believes India's rapid growth has been essentially powered by its top 100 million citizens. The leading indicators of economic prosperity, he says, are things that these Indians consume - cars, two wheelers, air conditioners and so on. Having had their fill of home-made goods, they have now moved to imported luxuries - foreign holidays and Italian kitchens, for example.

A majority of Indians want nutritious food, affordable clothing and housing, health and education, which really should be the leading indicators of economic growth. "Subsidies and income support cannot pay for such consumption on a massive scale. At least half the population should earn incomes that enable them to buy these at affordable prices so that a maximum of 500 million people can be subsidised to improve their welfare," Dr Roy says.

Unless India is able to do this in the next decade or so, Dr Roy believes, it is headed for what economists call a "middle income trap", when a country stops being able to achieve rapid growth easily and compete with advanced economies. Economist Ardo Hannson defines it as a situation when countries "seem to get stuck in a trap where your costs are escalating and you lose competitiveness".

One problem is that once you are stuck in a middle income trap, it is difficult to get out. A World Bank study found that out of the 101 middle-income countries in 1960, some 13 had become high-income by 2008 based on per capita income relative to the US. Only three of the 13 countries have a population of more than 25 million. India is a lower-middle income economy and to get caught in a trap at this stage will be tragic.

Dr Roy says the classic middle income trap means that the rich are taxed to provide minimum services to the poor, who will kept from extreme poverty and vulnerability by using such taxes to subsidise their existence, including an universal basic income in perpetuity.

"We will be Brazil. On the other hand If India produces what all Indians want to consume efficiently, and at affordable prices, then inclusive growth will stave off the middle income trap. We will be Japan," says Dr Roy.

The next government has its work cut out.