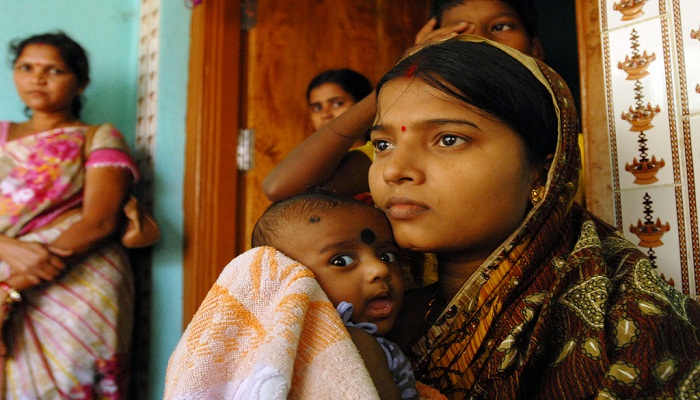 "Our study sheds empirical light on pathways between teenage pregnancies and child undernutrition. People have talked about these pathways before, but this data allowed us to put some numbers to those pathways," explained study co-author Samuel Scott.

India is home to the more stunted children than any other country and is one of the ten countries with the largest burden of teenage pregnancy. Although marriage before the age of 18 years is illegal in India, the 2016 National Family and Health Survey (NFHS)-4 revealed that 27 per cent of girls are married before their 18th birthday and further, 31 per cent of married Indian women gave birth by the age of 18 years.

Compared to adult mothers, teenage mothers were shorter, more likely to be underweight and anaemic, less likely to access health services and had poorer complementary feeding practices. They also had lower education, less bargaining power and lived in poorer households with poorer sanitation.

"The strongest links between adolescent pregnancy and child stunting were through the mother's education, her socio-economic status, and her weight," said Scott.

Policies and programs to delay marriage can potentially help break the intergenerational cycle of under nutrition through many routes.

"Unfortunately, in India, early marriage and subsequent pregnancy is often not a deliberate choice, but rather the result of an absence of choices, and of circumstances beyond a girl's control," said IFPRI study co-author, Purnima Menon.

Indeed, the Teenage Girls Survey 2018 (TAG Survey) by Naandi Foundation, a direct conversation with girls across India, showed that 73.3 per cent of teenage girls want to marry only after the age of 21, which is heartening news, but also highlights the mismatch between their aspirations and the reality of early marriage.

"Continuing schooling, exploring employment opportunities, and delaying marriage and pregnancy are challenges for India's girls that are reinforced through patriarchy and social norms," Menon added.

"We are very encouraged by the decline in the prevalence of early marriage over the last decade but also puzzled by why it is high in states like Andhra Pradesh and Telangana", Menon said.

In addition, there are several ongoing adolescent health programs under different ministries in India. At the same time, the problem of early marriage in India isn't geographically uniform.