President Donald Trump 'does not want war with Iran' 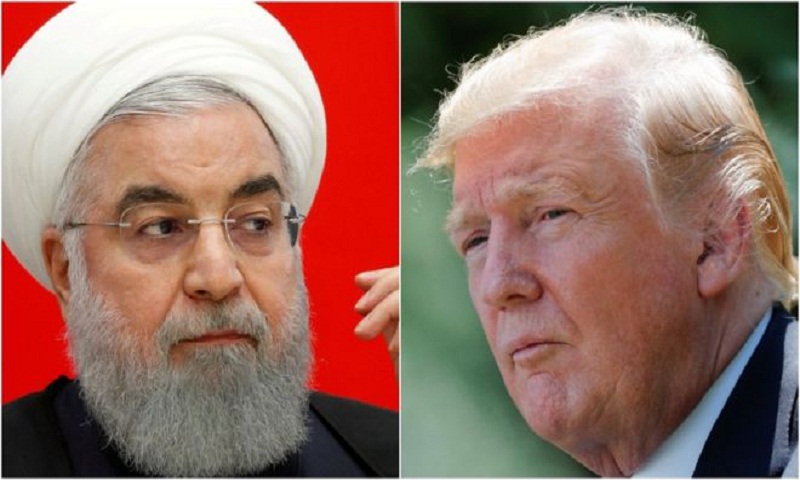 US President Donald Trump has said he does not want a war with Iran amid rising tensions between the two countries, according to senior officials.

In a meeting on Wednesday the president told aides he did not want US pressure to turn into a conflict.

The US has deployed warships and planes to the Gulf and withdrawn diplomatic staff from Iraq in recent days.

Officials cited threats from Iran for the moves.

The latest frictions come after Iran suspended its commitments under the 2015 international nuclear deal, and threatened to resume production of enriched uranium.

The accord aimed to cut sanctions on Iran in exchange for an end to its nuclear programme, but the US unilaterally withdrew from the agreement last year and imposed new sanctions.

Tehran has allegedly placed missiles on boats in the Persian Gulf, and US investigators reportedly believe the country damaged four tankers off the coast of the United Arab Emirates - claims Iran has denied.

But when asked by reporters on Thursday if the US was going to war with Iran, Mr Trump answered: "I hope not."

The president's National Security Adviser John Bolton warned Iran there would be "hell to pay" if they harmed the US or its allies last September.