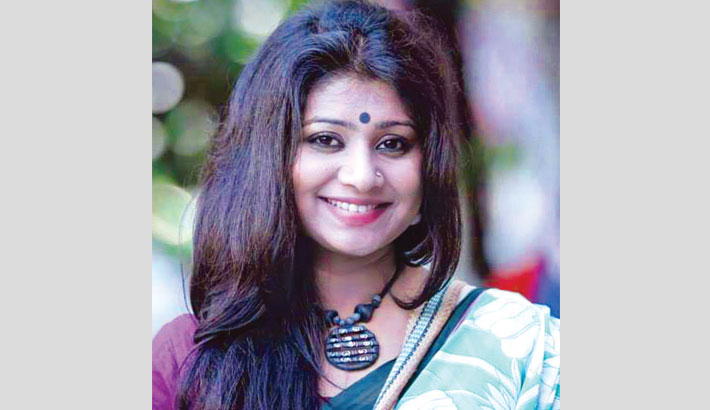 I feel so proud of my sweetheart Bangladesh when I see my country developing and flourishing by overcoming all possible odds. I feel blessed to have a wonder woman like Sheikh Hasina as our honourable Prime Minister who is a highly qualified, courageous and active leader. I feel glad to see women getting empowered and children getting facilitated in so many ways. But I never understand how to react to the recent record of rape incidents. Should I scream and cry? Should I blame the parents? Should I abuse the predators? Or should I just curse our system? I feel ashamed, devastated, frustrated and ridiculed to find out that Bangladesh has made a record of children exploitation.

Manusher Jonno Foundation (MJF) has recently reported that 41 children were raped in just 8 days! MJF came up with the findings on the basis of the news published in six national newspapers. According to the report, 41 were raped and 3 were attempted to rape. Among 41 rape victims, 37 were females and 4 were male children. 3 rape victims died and 41 were injured. MJF is deeply concerned about the current situation in Bangladesh. The victims suffer from short and long term psychological and physical problems. If our government does not take serious step, more hazardous situation may appear in near future.

This report has shaken almost all of us from inside. I feel trembled to imagine the horribly insecure society for our children. I have three children. Since I am a working mother, I need to keep a helping hand who assists my mother-in-law while taking care of my babies in my absence. She is 14 years old. She lives with us. So, I must ensure her security. Sometimes, she falls in troublesome situation. I try my best to keep her out of any such situation. I verbally abused two men who tried to harass her. Those two men never tried to do anything wrong with my children. But they took a chance with her since she belongs to the subaltern group. They thought that she would not reveal the truth. However, I always tell her along with my children to share everything with me. And she does it. This is why, every time she is saved.

This is what happens most of the time. The trigger works before the fatal incident takes place. Children, especially young toddlers, often cannot sense the danger. They feel good with the ones who they find flexible and trustworthy. The rapists take the chance of their trustworthiness and then victimize these children. If we look at the statistics, we will find a shocking commonality. Most of the victims are subjected to rape by their close relatives or teachers from educational and religious institutions. This relationship between a rapist and his victims is a power relationship. A research says that one in every three rapists rape children out of boredom. They target children out of opportunity (reported in iol.com in January, 2017). They believe that children would not tell anyone. This is why some young children become victims of sexual assault for a couple of years or more. They may not speak out, as parents we must notice their behaviour.

Verbal and physical molestations are prior signs of rape. When a child is molested, he/she will be disturbed mentally. The child can even dream of such horrific incident. So, when he/she feels scared of facing some particular ones or speaking of their nightmares, we must not take their words for granted. We do not need to be paranoid about every man around us. We just need to find out what bothers our children. If a child does not feel easy with a close relative, never force him/her to be social with the particular one. And try to find out the reason behind this uneasiness.

Another study reveals an analysis that almost 60% rape victims did not acknowledge that they had been raped (report published in bbc.com in November, 2018). This is because they simply could not immediately understand the “bad” touches they were having for years. Although their minds did not admit that they were assaulted, their bodies reacted strangely. Our body can store enormous memory of different touches. For this reason, later on, when the body differentiates between good and bad touches, the mind recognises its trauma. Then it suffers from other abnormalities. So, the so-called innocent touches, adoration or affairs can actually be assaults. For example, the girl at my place did not know about these touches. I often tell her how to recognise when someone touches her in an unacceptable way. Then suddenly one day, she realised that she was molested several times by her previous employers. She felt shattered. I comforted her and said, “never let it happen to you again. Speak up!”

We MUST do something to stop it now. Rape is repeated every time when it is reported. This record is not something to feel proud of. This is a very shameful and upsetting record which must not be repeated. Therefore, we must take measures. Our government, without thinking of anything else, must grant capital punishment for the rapists. The psychological damage of the rape victims will simply ruin our society. This is why, rapists should be punished. And parents should share the knowledge of sex education with their children. As parents, we must offer the comfort zone to our children so that they can share anything with us without any hesitation. We must teach them to say “NO” when they feel like saying so. We need a better society to live in. We need a safer society to move forward. And for this, we must stop the repetition of such dreadful incident like rape.