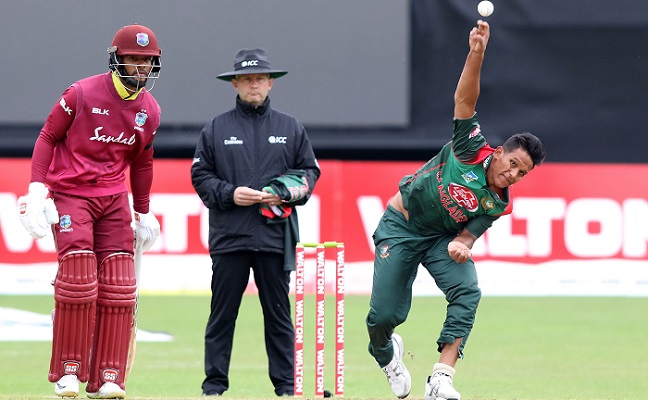 Bangladesh got the victory chasing a huge target of 210 runs from 24 overs in a rain interrupted final game.

Soumya Sarkar and Mosaddek Hossain starred in an excellent chase, made short work of the target to win by five wickets with seven balls to spare.

Openers Shai Hope and Sunil Ambris both made fifties as the Windies reached 152-1 from 24 overs before rain intervened.

That left Bangladesh with a tricky total of 210 to win from 24 overs on DLS method when play resumed.

Bangladesh, who open their World Cup campaign against South Africa at The Oval on June 2, ended the series with four wins from as many completed matches, beating Ireland once and the West Indies three times.

West Indies scored 152 while batting first after losing the toss.

Rain forced the game to be stopped at 20.1 overs when the Caribbean side were at 131 without losing any wicket.

Play remained suspended for over five hours and resumed as a 24-overs-a-side. West Indies finished their quota scoring 152/1.

The only wicket was taken by Mehidy Hasan Miraz, thanks to a great catch by Mosaddek Hossain.

Bangladesh was need to score at 8.75 runs per over.