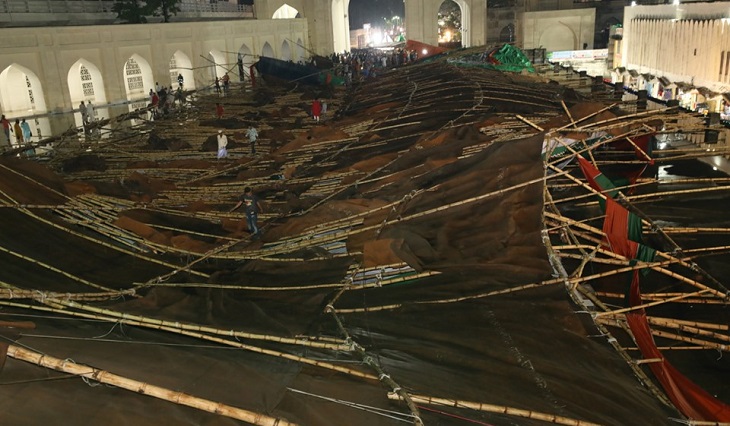 One person was killed and dozens others were injured at national mosque Baitul Mukarram as the temporary pandal (canopy) on the west side of the mosque for saying prayer was collapsed on Friday evening.

The incident took place after a nor’wester struck immediately after iftar around 7:00 pm.

The deceased was identified as Shafiqul Islam, 35, hailed from Lalmonirhat. He worked at a tyre shop in Dhaka.

Quoting fire service's Deputy Assistant Director Jalil UNB said that between 150 and 200 people were trapped when the pandal, measuring about 300X100 feet, collapsed.

"One person has been killed and 20-22 wounded," he said. "They've been taken to Dhaka Medical College Hospital."