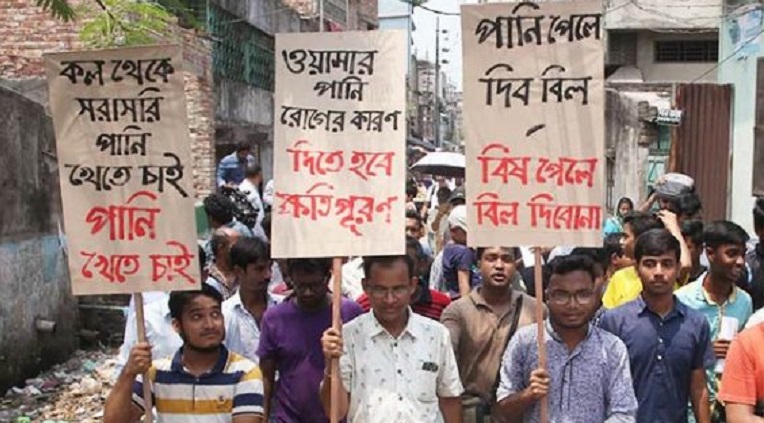 Residents of Jurain area in the capital Dhaka demonstrated a rally to wage their 5-point demands for ensuring the supply of pure and safe water by WASA.

They also demanded WASA managing director’s resignation from the rally.

The rally started at 11:00 am from Jurain area and ended at 12:00pm at RS Shopping Complex in Shanir Akhra.

Residents of Kadamtoli and Shanir Akhra also joined the really.

Mizanur Rahman, a participator of the rally, said, “We want to have impure and contaminated water from our tap nomore. We want to avoid the hassle of boiling the water for purification. WASA authorities has to ensure safe and drinkable water for its consumers,”

They also alleged that people of the city are becoming sick drinking the contaminated water, supplied by the WASA.

Earlier, on Thursday, Dhaka Water Supply and Sewerage Authority (WASA) submitted a report to the High Court confessing that water distributed by WASA to 57 areas in the city are polluted.