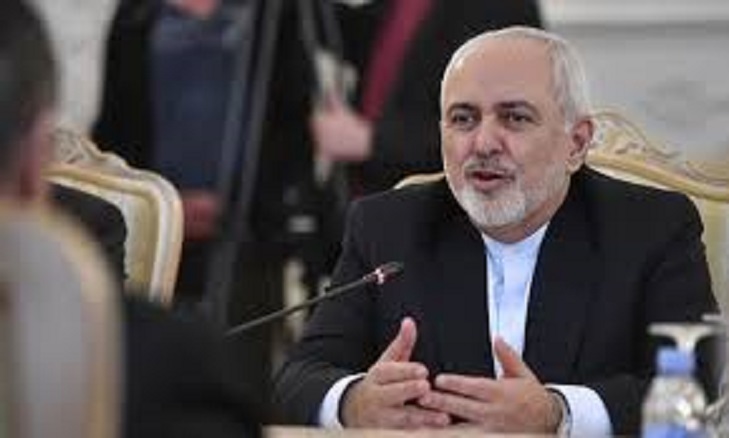 Iranian Foreign Minister Mohammad Javad Zarif on Friday urged China and Russia to take "concrete action" to safeguard the 2015 nuclear deal as he warned of a "dangerous" situation amid rising tensions with the US.

Tensions have ratcheted up with the US deploying an aircraft carrier group and B-52 bombers to the Gulf last week over alleged threats from Iran.

On a visit to Beijing, Zarif said he would talk with Chinese officials about "bilateral ties and the very dangerous issues that are ongoing in our region today", according to a video published on the Iranian foreign ministry website.

Washington has deployed more troops in the Gulf, one of the world's most strategic waterways, in what US officials said was a reaction to photographs showing Iran had loaded missiles onto small traditional boats.

On Wednesday the US State Department ordered the evacuation of most personnel from the US embassy and consulate in Iraq, fearing an attack by Iranian-directed Shiite militias.

Iran on Thursday rejected negotiations with the US, but said it was showing "maximum restraint".

Amid escalating tensions in the region, Zarif has called on the international community to save the nuclear deal, known as the Joint Comprehensive Plan of Action, or JCPOA.

Iran signed the deal with China, Russia, Germany, Britain, France and the United States. International sanctions were eased in return for curbs on Tehran's nuclear programme.

But last year President Donald Trump walked away from the accord. The US has since then slapped sweeping sanctions on Iran.

"So far the international community has mostly released statements rather than taking action," Zarif said.

"If the international community and other JCPOA member countries and our friends in the JCPOA like China and Russia want to keep this achievement, it is required that they make sure the Iranian people enjoy the benefits of the JCPOA with concrete actions," he added.

Zarif said last week that only Russia and China had supported Iran and helped it keep the nuclear deal going, and accused other parties to the agreement of letting Tehran down.

China was one of the eight global buyers -- India, Turkey, Japan, South Korea, Taiwan, Italy and Greece -- that was allowed to import Iranian crude oil before the US ended waivers in early May.

Zarif's China trip comes after visits to Turkmenistan, India and Japan in the past week.

Despite Washington's campaign of "maximum pressure" against Iran, the Islamic Republic has vowed to keep selling oil to its main customers, especially China, even if it requires using indirect means.

On May 8, Iranian President Hassan Rouhani said Iran would stop observing restrictions on stocks of enriched uranium and heavy water agreed under the nuclear deal in retaliation for the US withdrawal and the reimposition of sanctions.

In his announcement, Rouhani threatened to go further if the European members of the deal failed to start delivering on their promises to help Iran circumvent US sanctions within 60 days.

China in response called on all parties to uphold the nuclear deal in what it called a "shared responsibility".

European nations have also called on all partners to the deal to help salvage it while expressing frustration at Iran's demands for help in circumventing US sanctions.

One European diplomat called on China to buy Iranian oil as it is less exposed to the United States.

"They are now very exposed to the dollar but it is also a question of political choice," said the source, who spoke on condition of anonymity.

"The reality for the Chinese is that they are in a global trade war with the Americans, they are in the middle of negotiations and they are not quite so sure if they want to load the boat," the diplomat added.