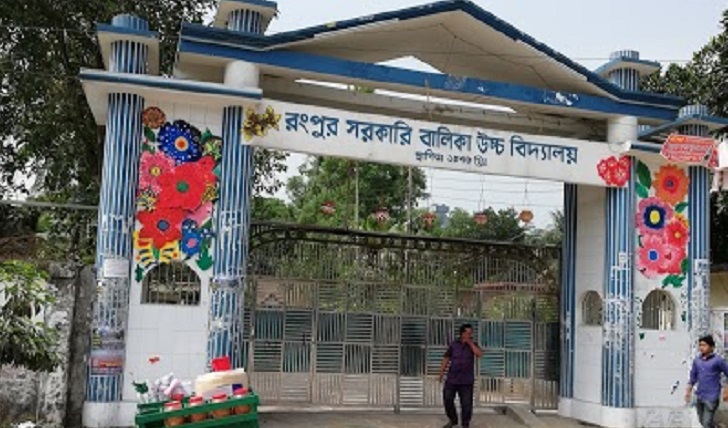 Academic activities at many government secondary schools across the country are seriously being hampered due to acute shortages of teachers.

DSHE officials said the number of teachers at some schools is so few that they can hardly carry out academic activities. So, students are depriving of quality education.

Hatiya Sahar Government Girl’s High School located in Noakhali is an extreme example of such schools.

Only four assistant teachers are running the school against 27 posts of teachers, including a principal and a vice-principal, to teach 285 students.

Talking to the daily sun, Abul Faraha M Shamsuddin, acting principal of the school, said, “We are only four regular teachers at the school. The institution has been facing an acute shortage of teachers for the last several years.”

“We are totally helpless due to the shortage of teachers. The students of the school cannot achieve good results due to the teacher crisis,” he said.

Academic activities of Government S.C girls High School in Sunamganj has been hampering for the last two years due to an acute shortage of teachers where only 33 teachers are posted against total 52 assistant teachers.

Acting principal of the school Hafiz Md Mashud Chowdhury said posts of 19 teachers have been lying vacant at the school for the last two years.

Only 27 assistant teachers are working against 50 posts at Palong Tulasar Gurudas Govt. High School in Shariatpur. The academic activities are being disrupted here due to lack of 23 teachers.

Like the schools, many other government high schools are facing acute teacher shortage and their activities are being hampered.

Officials at DSHE admitted that government schools are facing an acute shortage of teachers across the country.

However, the schools under Rajshahi, Barisal, Khulna and Comilla education boards are less affected compared to that of other parts of the country.

They said the schools located mainly in rural areas and district towns are the worst affected due to shortages of teachers.

However, the schools in the capital and district towns are running well.

DSHE officials said that it would not be possible to recruit new teachers for 343 government schools directly until the appointment rules are amended.

They said that the amendment to the recruitment rules became essential since the government upgraded the status of secondary school assistant teachers to class II in 2012.

The direct appointment of assistant teachers to schools has been suspended since 2012.

Now, only the Bangladesh Public Service Commission (BPSC) is authorised to recruit secondary school teachers as per existing rules and regulations.

Talking to the correspondent, headmasters of several schools said the BPSC is requiting assistant teachers from the non-cadre candidates who passed BCS exam at the schools, but they are leaving school jobs after getting batter jobs.

When asked, Professor Abdul Mannan, director (secondary) of DSHE, said the problem is created as teacher recruitment process has been suspended for long.

Now the government is appointing qualified teachers from the candidates, who passed BCS examination, to fill up the vacant posts at schools.

BPSC has already published a circular to recruit assistant teachers where 225,000 candidates applied and the process will be completed soon, he said.

“We are hopeful that all the vacant posts will be filled up in the beginning of the next year.