Khashoggi’s fiancee asks US to lead probe into murder 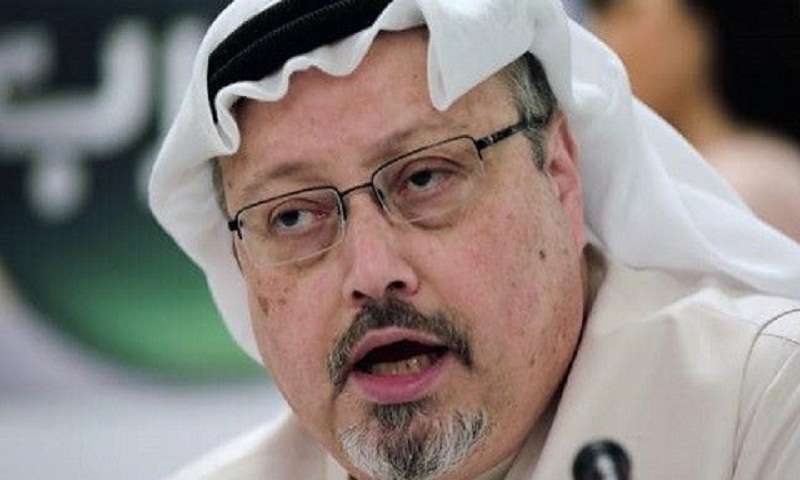 The fiancee of Jamal Khashoggi has asked the US to lead an international investigation into the murder of the Washington Post columnist last October inside the Saudi Consulate in Istanbul.

“Jamal’s killing was a violation of the most basic, universal human right: the right to live,” Hatice Cengiz said in written testimony on Thursday to a US congressional panel.

“What happened to him is part of a global pattern of journalists and those who speak and write freely being killed. Escaping abroad in search of the safe harbour is no longer a guarantee of protection.”

Cengiz, a Turkish citizen, used her appearance before the House Foreign Affairs subcommittee on human rights to urge lawmakers to press for an international probe of Khashoggi’s October 2, 2018, killing, reports Efe news.

Once part of the Saudi establishment, Khashoggi became estranged from the government in Riyadh as a result of his criticism of Crown Prince Mohammed bin Salman and had been living in self-imposed exile in the US since 2017 at the time of his visit to the consulate in Istanbul to obtain documents he needed to marry Cengiz.

Making her first visit to the US since Khashoggi’s murder, Cengiz also called for sanctions against Saudi Arabia while reproaching both President Donald Trump and House Speaker Nancy Pelosi for failing to hold Riyadh accountable.

“In the first days after the event, President Trump invited me to the White House. In those days I thought US values would help solve this. In the early days, President Trump said this would be so. Ms Pelosi talked about how unacceptable this was, but eight months later nothing has been done and that is why I’m here today,” Cengiz said, speaking through an interpreter.

It took the Saudi government weeks to acknowledge that Khashoggi died inside the consulate in Istanbul and Riyadh’s initial account said that he was killed in a fight.

Revelations by the Turkish government ultimately forced the Kingdom to admit that Khashoggi was murdered and his body cut up.

While Saudi prosecutors have charged a dozen government officials for the murder, the Kingdom continues to insist that the Crown Prince had not had any prior knowledge of the operation in Istanbul, whose original aim was to bring Khashoggi back to Riyadh.

“If someone had told me seven months ago I would come here without Jamal, to ask about justice for him, I would not believe it,” she said. “I still can’t understand the world hasn’t done anything about this.”

The Trump administration has been unwilling to blame the Crown Prince for Khashoggi’s death.