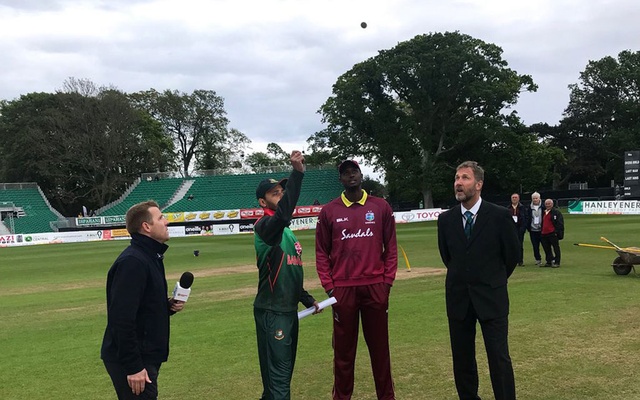 Bangladesh won the toss and opted to bowl first against West Indies in the tri-series final at the Malahide in Dublin on Friday.

Tigers playing without Shakib Al Hasan, who suffered a side strain in the last game against Ireland.

Stake is high this time around for The Tigers because of the overwhelming and sheer domination with which they have won every game played in the group phase and finish as the unbeaten group champion.

In a double-league tournament, Bangladesh recorded a crushing eight and five wickets win over West Indies, then beat Ireland by six wickets, chasing 293-run target in the last match.

Bangladesh had already lost six finals, three straight in 2018 itself, making them vulnerable in crucial moments of the game.