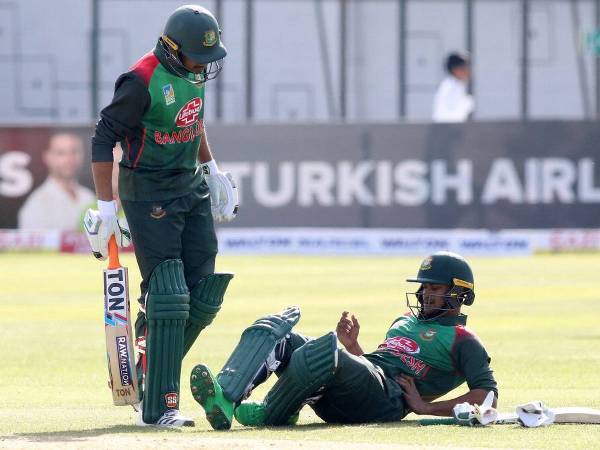 Bangladesh have been left sweating over the fitness of star all-rounder Shakib Al Hasan ahead of their tri-series one-day international final against West Indies in Ireland, an official said Thursday.

Shakib was in visible pain Wednesday during the 36th over of the Bangladesh innings against Ireland and briefly continued his batting before retiring hurt with a half-century off 51 balls.

Bangladesh later won the match against the hosts by six wickets.

"Shakib sustained a left-sided back muscle spasm injury while batting during the match against Ireland," Bangladesh team physiotherapist Thihan Chandramohan said in a statement.

"He is undergoing assessment and treatment and we will make a decision regarding his availability for tomorrow's tri-series final on the morning of the match," he added.

Bangladesh won all three of their matches in the tri-series comfortably to set up a final against West Indies with one game against Ireland rained off.

A win Friday would give Bangladesh their first trophy in a multi-team tournament.

The tri-series in Ireland was organised as part of the teams' build-up for the World Cup, starting on 30 May in Britain.

Bangladesh will begin their campaign in the World Cup against South Africa at the Oval on 2 June.