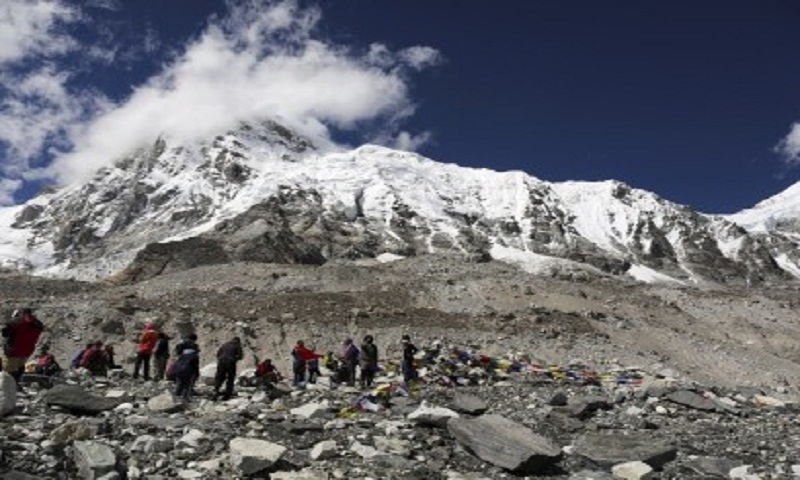 An Indian climber has died descending from the summit of Mount Makalu while an Irishman fell on Mount Everest and is missing, a mountaineering official said Friday.

Attempts are being made to bring down the body of the Indian and the search is ongoing for the Irish, said Mingma Sherpa of Seven Summit Treks, which organized the expedition.

Hundreds of foreign climbers and their guides attempt to scale high Himalayan peaks during the popular spring climbing season in Nepal that begins around March and ends this month.