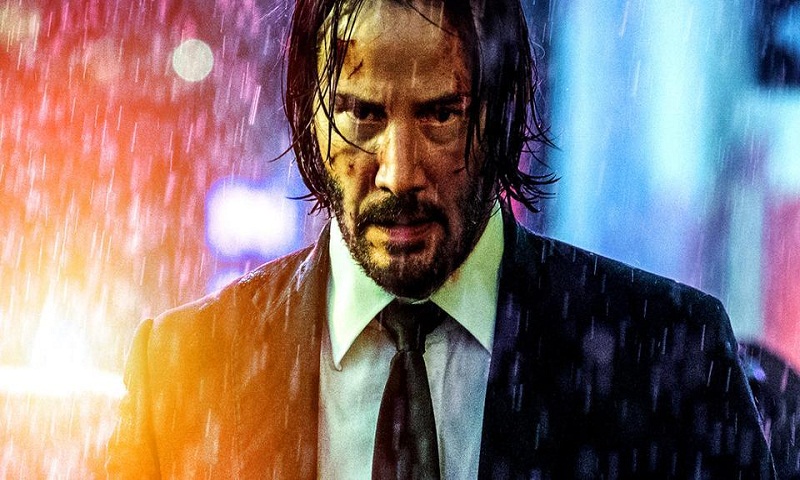 The only way John Wick: Chapter 3 - Parabellum could’ve been better is if Keanu Reeves had somehow got his hands on one of those ‘desi kattas’ from an Anurag Kashyap movie, and gone and shot the CBFC’s worst ideas in the face. I’m being extreme; a couple of clips in the kneecaps would suffice.

As hyper-stylised Neo-noir action threequels go, it’s damn near a masterpiece - breathtakingly beautiful to look at, mythologically dense, and featuring the best action set pieces since Mission: Impossible - Fallout. And for it to have been desecrated in the manner that it has is positively criminal.

When it is at its most euphorically adventurous, as John Wick is beating a giant man with a hardbound library book, the Indian censor board decides that watching this death in particular - despite the film having shown dozens of other deaths already - is too much for an adult human to handle. And so it arbitrarily slices and dices important scenes, making up its own rules as it goes along, guided by a wonky moral compass.

It’s disappointing, to be sure, but this is John Wick we’re talking about - it is said that he once killed three men in a bar with a pencil (a pencil!). He is a man of focus, commitment, and sheer will. He can smash mountains, bury oceans and escape the light. He can do better than a bunch of bored uncles.

Not two weeks have passed since the events of the first film, when that poor fool decided to kill John Wick’s dog and ended up incurring that wrath of his alter ego, the Baba Yaga. In those two weeks, John Wick has taken down literally hundreds of New York’s finest Russian gangsters, gone on an Italian ‘vacation’, and has thumbed his nose at the High Table - the mythical government of sorts in this fictional world of assassins and a$$holes.

This makes him a man on the run, with nowhere to hide and an entire city’s worth of assassins hot on his trail, looking to grab a slice of that $14 million bounty.

Like its two predecessors, it navigates between highbrow cinema and schlocky garbage better than Sebastian Vettel around a race track. At one point John visits a theatre named after the great Russian filmmaker Andrei Tarkovsky; and then there are the requisite nods to spaghetti westerns and Hong Kong gun-fu. It is, however, also a film in which a dog bites a man in the crotch multiple times. And through cinematographer Dan Laustsen’s lens, even the campiest bits look like high art.

It’s fabulously lean, plot wise - John Wick has a target on his back, and he must fight to have it removed. This takes him to Casablanca, where he meets up with an old friend (and possibly flame?) played by the perfectly cast Halle Berry. Keanu Reeves - bless his pure heart - isn’t the best actor in the world (likely even his street), but in just a couple of scenes manages to convey years of history with Sofia, Berry’s character. Their partnership was one of the most enjoyable aspects of the film, and I can’t wait for them to team up again in future instalments.

The dense world building that was teased in the first couple of John Wicks is more fleshed out in this one, with the introduction of an even higher power - the Elder, who apparently outranks even the High Table, and is the only one who can grant him forgiveness. If the John Wick series is one giant metaphor for Catholicism (as I fully believe it is) then the Elder is sort of like the Pope. The film’s themes of guilt and penance, sin and salvation certainly suggest so. Although it could just as easily be a film about surviving in a corporate jungle, bound by rules and bureaucracy.

John Wick 3 is a film with many adversaries, but not necessarily a villain - in all honesty, I would contend its biggest nemesis is the CBFC. As per usual, a vast majority of the men who are sent to stop John Wick are merely faceless obstacles that he must slice and shoot his way through. In that regard, the third film is closer to resembling a video game than the previous entries in this unlikely franchise. After every immaculately choreographed fight, John Wick levels up, until he arrives, exhausted but evolved, for the boss battle.

Mark Dacascos stars as the primary antagonist, Zero, whom he plays like a cross between a fanboy and a samurai. The tone of their final showdown wasn’t unlike Grigor Dimitrov challenging his idol Roger Federer at Wimbledon. And despite John Wick 3 being the only Hollywood film to satisfactorily utilise the talents of The Raid’s Yayan Ruhian and Cecep Arif Rahman, in the end even the henchmen that they play are too awestruck by John Wick’s legend.

As one should be, I suppose. At three films old now, director Chad Stahelski is clearly onto something. A part of me wishes for him to branch out, to tell new stories; but a bigger part of me wants him to keep making these movies until glamorising guns like this becomes un-PC.