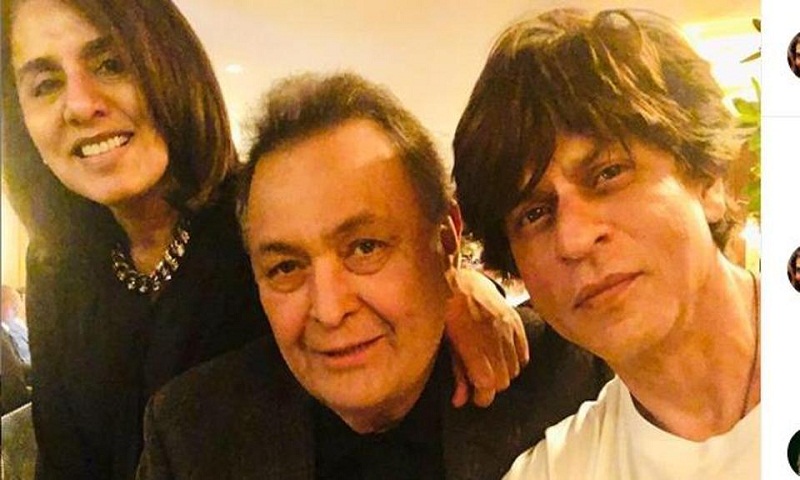 Bollywood actor Shah Rukh Khan, who is currently in New York to appear on David Letterman’s show, paid a visit to Rishi Kapoor and Neetu Kapoor’s residence there. Rishi has been undergoing treatment for cancer and has been stationed there since 2018.

Neetu shared the picture on Instagram and wrote, “To make people feel good about themselves is a rare quality!!! Shahrukh is all of that his love care is so so genuine !!! besides his amazing work I admire him as a very good and a real human being.” In the picture, both Neetu and Rishi are wearing black while SRK dons a white tshirt.

Shah Rukh flew to New York on Monday for his debut on David Letterman’s Netflix talk show, My Next Guest Needs No Introduction. The actor had tweeted about his departure and wrote: “Flying into another city that never sleeps... A great idea for someone like me. New York calling.” He did not mention David Letterman’s show but reports suggest he will shoot for the show on May 16.

Rishi has been undergoing medical treatment in New York for several months, and Bollywood celebs have ensured they meet him whenever they are in the city.

Earlier this week, Vicky Kaushal met Rishi and Neetu in New York where he is holidaying, reportedly in a villa.

Rishi’s brother Randhir Kapoor had said last month that Rishi will be back in India in a few months and the fact that he is cancer-free now, reports HT.