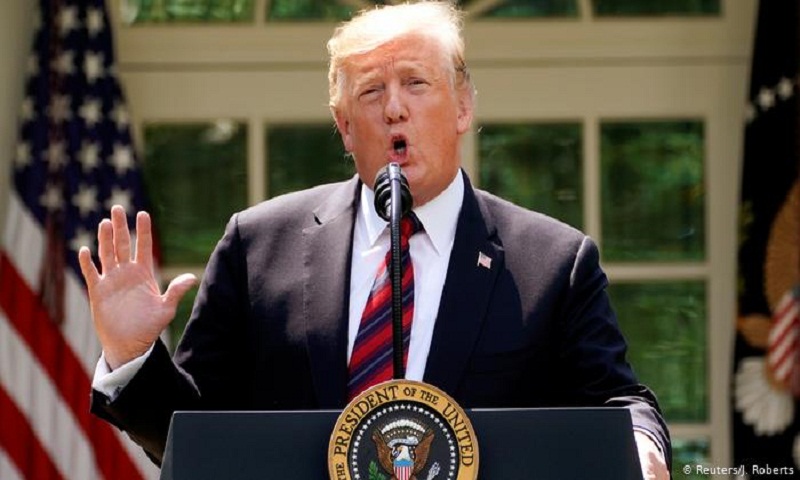 In an address at the White House, he proposed moving away from the current system that favours applicants with family ties to the US.

He said border security would be beefed up and a tougher line taken on asylum seekers.

They say the proposed new system fails to offer a route to citizenship for so-called "Dreamers" - hundreds of thousands of people brought to the US as children but who still have no legal right to remain.

What did Mr Trump say?

In the White House Rose Garden, President Trump said his plans would make US immigration "the envy of the modern world".

"We cherish the open door that we want to create for our country. But a big proportion of those immigrants must come in through merit and skill," he said.

"The biggest change we make is to increase the proportion of highly skilled immigration from 12% to 57% and we would like to even see if we can go higher."

He said immigrants would be "required to learn English and to pass a civics exam prior to admission".

Criticising the current asylum process, he said: "Our nation has a proud history of affording protection to those fleeing government persecutions.

"Unfortunately, legitimate asylum seekers are being displaced by those lodging frivolous claims."