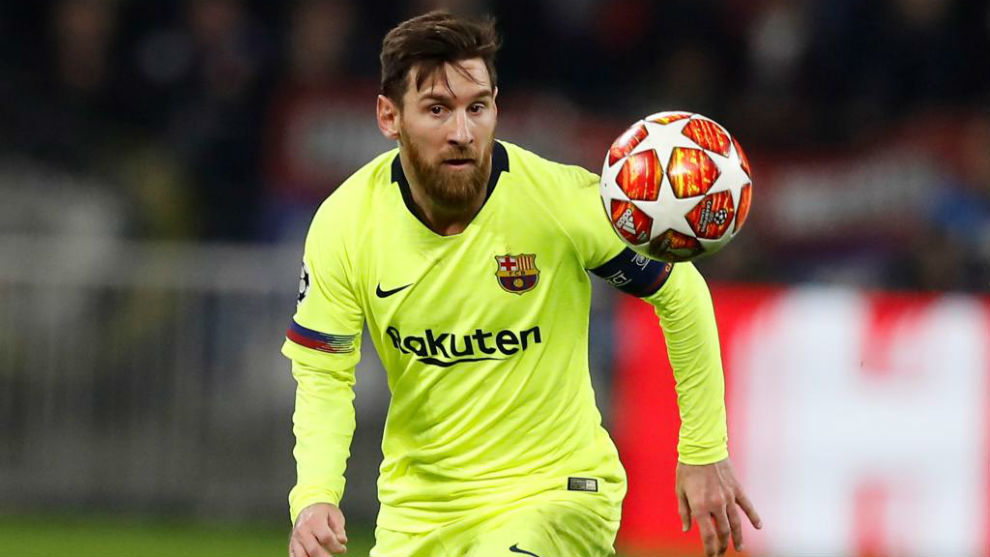 Barca’s women will play in their first ever Champions League final in Budapest on Saturday as they attempt to spring a surprise on five-time champions Lyon.

This has been a season for change in women’s football, after a European record crowd of 60,739 watched Barca play Atletico Madrid at the Wanda Metropolitano in March.

“It proved women’s football is here to stay,” Mestre told AFP. “It’s not a passing fad.”

It continued a trend too for women’s teams playing in their club’s main stadiums, with 48,121 also attending Athletic Bilbao’s cup game against Atletico at San Mames in February.

Asked if Barca might ever fill their own Camp Nou, with a capacity of just over 99,000, for a women’s fixture, Mestre said: “Anything is possible and it’s true that we discussed it before the semi-final against Bayern.

“There was talk of a match at Camp Nou but we must be realistic, we have to keep our feet on the ground.

“We have to remember that even with our men’s reserve team in the second division, we don’t fill the Mini Estadi (Barcelona’s second, 15,000-seater stadium).

“Our men’s first team takes over so much, it puts everything in its shadow, whether it be male or female teams. The women’s team is coming out of this shadow now and we are light-years away from what was happening ten years ago.

“But to reach the level of the men’s team, there is a long way to go — in terms of finances, titles, income, sponsors and supporters — for now, it’s another world.”

– Barca looking to cause upset –

Barcelona were hoping to be the first club to have men’s and women’s teams in a Champion League final in the same season, only for Ernesto Valverde’s side to fall victims to a stunning comeback by Liverpool last week.

The women’s team, who finished second in La Liga Iberdrola behind champions Atletico, have been left flying the flag and now it is them hoping to inflict a European upset.

“Lyon is among the top three or four teams in Europe,” Mestre said. “They are one of the best, if not the best, every year.

“It’s true they have a much bigger budget than us, around 7 million euros to our 3.5 but we have already played against them and we know they are a very solid team.

“Of course we can create a surprise, you only have to look at the results in the men’s Champions League, with all the favourites that have been knocked out. That’s the beauty of sport and football in particular.”

Barcelona were a founding member of the inaugural women’s Spanish League in 1988 and, having turned their team professional in 2015, the club now plans to launch a side in the National Women’s Soccer League in the United States.

“This is a project we still have in mind,” Mestre said.

“It is very interesting for us and will help women’s football a lot because in the USA, the sport rivals men’s football.

“But first we have to set up a whole sports project, which guarantees a better future for the team in the long-term. We are working on it.”