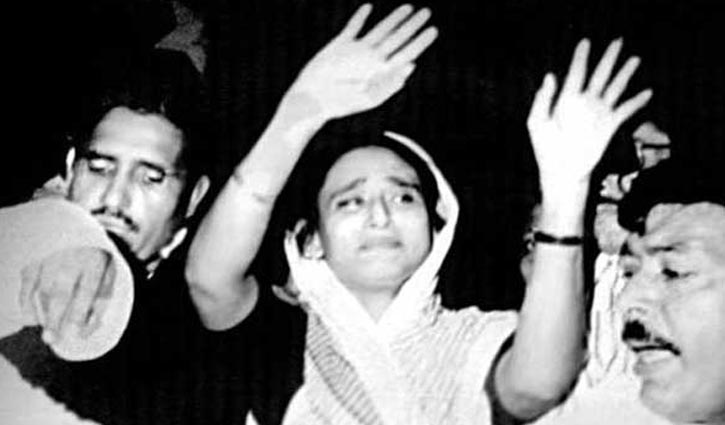 The 39th homecoming day of Awami League president and Prime Minister Sheikh Hasina is being observed today (Friday) in a befitting manner.

On May 17 in 1981, Sheikh Hasina returned home from India after nearly six years in exile following the assassination of Bangabandhu Sheikh Mujibur Rahman and most of his family members by a group of disgruntled army officers on August 15, 1975.

Bangabandhu’s two daughters - Sheikh Hasina and Sheikh Rehana - survived the carnage as they were staying in Germany at that time.

Dhaka turned into a city of procession as the countrymen welcomed Sheikh Hasina on her return, braving storms and heavy rainfall.

The then Kurmitola International Airport and Shere-e-Banglanagar turned into a human sea to welcome her.

Tens of thousands of people chanting slogan —Joy Bangla, Joy Bangabandhu — thronged the capital to have a glimpse of Sheikh Hasina.

Sheikh Hasina was elected Awami League president in her absence during the party’s national council session on February 14-16 in 1981.

Returning home, she started her struggle in retaining people’s rights, lost after the assassination of Bangabandhu.

In doing so, she had to overlook red-eyes of the military rulers by risking her life. For her pro-people efforts, she became recognised as the daughter of democracy.

In her long political career, Sheikh Hasina is going to make a history of running the state for 20 years as prime minister if she completes the current term.

She took oath as prime minister on January 7 this year after winning the December 30 general election in 2018.

None of the state actors, who had ruled the country in the past, got the opportunity to run the country for the fourth term.

Sheikh Hasina first led Awami League to power in the 1996 general election, about 21 years after the killing of Bangabandhu. She took oath as premier on June 23 in that year.

Sheikh Hasina formed the government for the second time on January 6 after winning the December 29, 2008 general election with an absolute majority in parliament.

She took oath for the consecutive second term on January 12 after winning the January 5, 2014 election boycotted by the BNP-led alliance.

She is the lone premier who is going to serve the country for 15 years in a row.

Under her leadership, the country also elevated to a developing status from the least developed status.

Sheikh Hasina also vowed to turn the country into a middle-income one by 2021 and a developed one by 2041.

President Abdul Hamid issued a message on the occasion of Sheikh Hasina’s homecoming day, praising her contribution to the country’s democracy, development and public welfare.

“The country is moving towards tremendous development due to pro-people welfare activities and far-sighted leadership of Prime Minister Sheikh Hasina,” he said.

The head of state said it was a milestone to resume journey of democracy in Bangladesh which smoothed path to establish spirit of Liberation War, values of Independence and democracy.

Marking the homecoming day, the ruling party has chalked up various programmes.

A discussion will be held at Engineers Institution with AL presidium member Syeda Sajeda Chowdhury in the chair.

Noted citizens and national leaders are expected to take part in the discussion programme at 3:00pm.

AL general secretary Obaidul Quader urged the people and party activists to observe the day in a befitting manner.

Jubo League, Bangladesh Chhatra League and other associate bodies of Awami League will also organise programmes to mark the day.