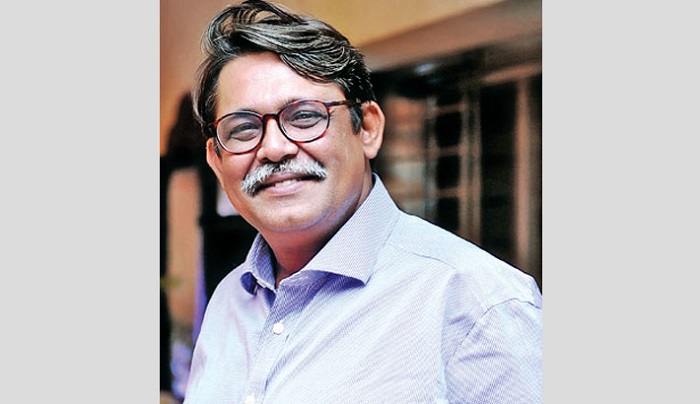 One of India’s most historic and hard-fought staggered elections is nearing its end with the results set to be announced on 23 May 2019 with the whole world keeping a close watch whether or not the confident Prime Minister Narendra Modi sets a record after the Congress Party to return to power for the second consecutive time.

The election in India is of immense importance regionally and internationally, and when we think of what will the result bring for Bangladesh, we find an old friend in the Congress Party while the Bharatiya Janata Party (BJP) binned all forecasts by building a strong and quality tie with Dhaka. The thought before Premier Modi came to power was that the BJP will extend its hand of friendship to the opposition Bangladesh Nationalist Party and its ally Jamaat-e-Islami party, not the secular Awami League of Prime Minister Sheikh Hasina.

Indeed bilateral ties between the two neighbours multiplied manifold with people to people contact over the decades. The seeds were sown by Bangabandhu Sheikh Mujibur Rahman and re-established with the return of the Awami League under Prime Minister Sheikh Hasina.

The anti-India card was born with General Zia Rahman to keep his Pakistani friends happy and his widow former premier Khaleda Zia, now in jail, not only continued to use the card, but made it even harsher with funny public statements to make Awami League look like an anti-state political party.

When Khaleda Zia once said that if Sheikh Hasina came to power then the part of Bangladesh from Feni district to further southeast would become a part of India. It only confirmed that she thought the electorate were fools and never possible on any line of thinking.

Sheikh Hasina with India’s support reached a 30-year agreement on the sharing of the Ganges water, successfully sealed the landmark Chittagong Hill Tracts Peace Treaty and the very complicated land boundary agreement, which was implemented quietly and peacefully. True friends help each other and these two countries proved that, with Bangladesh throwing out anti-Indian elements on New Delhi’s request.

Both sides acted practically when the question came about benefits. A peaceful and happy coexistence is the best gift. Thus whenever Sheikh Hasina has been in power, relation between Dhaka and New Delhi has been one of warmth and mutual benefit, and got strengthened.

BNP’s anti-India card has now gone into wilderness as its leaders have tried to apologise in a visit  to New Delhi ahead of 30 December 2018, but the questions remains if its loyalty to Pakistan will see a change or not.

On the other hand, Sheikh Hasina always acknowledges India’s great role during Bangladesh’s 1971 Liberation War and has taken political risks in opening new avenues to strengthen bilateral ties.  She has pledged that despite cooperation with China, nothing ever would change in the historic warm ties with her nuclear-armed neighbour.

Prime Minister Modi was the first world leader to greet her after the 30 December 2019, which the BNP and its ally, the fundamentalist Jamaat-e-Islami, wanted to derail and create a state of chaos. They could not do it, but to the world it was clear that Bangladesh was now in its safest hands under a leader to reckon with – Sheikh Hasina. Bangladeshis gratefully remember that gesture of Narendra Modi.

Politicians, bureaucrats, analysts and journalists have said whether Prime Minister Narendra Modi returns to power or not in the ongoing elections, Bangladesh would enjoy its status vis-à-vis India as usual. They said Sheikh Hasina has an historic tie with the Congress and the Gandhi family, while she has won over Modi by her charismatic leadership.

West Bengal Chief Minister Mamata Banerjee, a potential prime minister candidate, will hopefully look into the Teesta issue in the interest of the people who suffer miserably for water shortage that takes away livelihood of fishermen and farmers.

The other issue is the trade gap which also needs to be brought to a more acceptable level.

Bharatiya Janata Party (BJP): Modi's Hindu nationalist BJP leads the NDA and won 282 seats in the last election five years ago. There are 545 seats in the lower house of parliament, two of which are nominated by the president from the Anglo-Indian community.

All India Anna Dravida Munnetra Kazhagam (AIADMK): The third-biggest party and Modi's biggest partner in the south of the country, the BJP's weakest region. The AIADMK won 37 of the 40 seats it contested the last time, but the death of its charismatic leader, J Jayalalithaa, in 2016 could affect its performance.

Shiv Sena: The hard-line Hindu party, based in India's financial capital Mumbai, is in an on-off relationship with the BJP. The parties sealed an alliance before this election, with the construction of a Hindu temple at a controversial site in the north being one of Shiv Sena's key demands. Shiv Sena won 18 seats the last time, making it the sixth-biggest party.

Indian National Congress: The main opposition party, which has ruled India for much of its independent history, received a thrashing defeat at the hands of the BJP in 2014, managing to win only 44 of the 464 seats it contested. Congress - headed by Rahul Gandhi, the scion of the Nehru-Gandhi political dynasty - is hoping to win more than 100 seats this time, reports said.

All India Trinamool Congress: The party, formed by potential prime ministerial candidate Mamata Banerjee after leaving Congress in 1997, is the fourth biggest in parliament with 34 seats. Banerjee, along with N Chandrababu Naidu of the regional Telugu Desam Party (TDP), is one of Modi's biggest critics and has been trying to get an opposition alliance going.

Samajwadi Party (sp) + Bahujan Samaj Party (BSP): The caste-based parties have alternately ruled India's most populous state, Uttar Pradesh, and have formed an alliance to fight this election. Uttar Pradesh sends the highest number of lawmakers to the lower house of parliament of all states, and the parties are expected to do much better than they did the last time. There are 80 constituencies in the state, and the SP won five seats the last time. The BSP drew a blank.