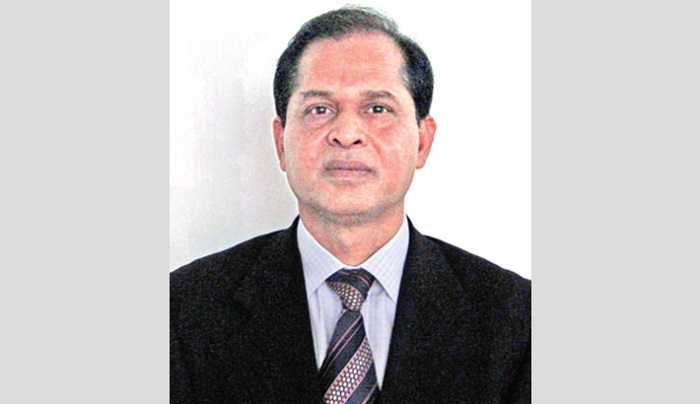 A child of today, through the law of the nature, will become a perfect human being in the future. He will take over his responsibility, do his duties and will establish his position in society. A child that was born today, would one day be a person with human qualities, would lead the nation in various fields, will contribute to human welfare. That’s why children are called the future of the nation. Therefore, the importance of proper guidance in bringing up children is immense. In this case, the most important issue for the children is to make them self-confident and self-reliant.

Parents and teachers should have to take the main responsibility of building a child as self-confident and self-reliant. The environment or neighbourhood does also contribute to this, but that is in the third stage. It is the parents who should come first to train their children to be confident. And then it is the responsibility of the teachers who are the artisans of their future. However, the impact of their behaviour, interaction, etc. with their classmates and neighbours also counts a lot.

We know that self-confidence makes the path to success. Self confidence is a belief that helps a person to gain the ability to deal with any challenge in the world. It is true that self-confidence can be developed and improved. In this case, a child’s situation or feeling does not matter. Parents can help their children develop their self-confidence by giving them the opportunity to practise and achieve their skills. Children will make mistakes, they might fail; but they will learn in this process. However, the children need to be inspired to continue their efforts. In essence, the parent is the main source of understanding of a child's own abilities.

In this context, I would like to mention an incident. I was then the High Commissioner of Bangladesh to Malaysia. In one afternoon, while I, accompanied by my wife, was crossing the road in front of our house to go to our neighbour’s house, we noticed a gentleman, his wife and his three or four year old son were passing by the same. They were foreigners like us. Probably, they were the citizens of any European country. The boy's parents were ahead of him and he was just following them. He had his school bag on his shoulder and water bottle in the hand. There was nothing in the hands of his parents. The boy was not easy to carry his bag as it was a bit heavy. Although the little kid was struggling to walk, his father or mother did not care. In this way, the confidence of being able to carry his school bag had been grown. Ultimately, he became self-reliant.

On the contrary, many parents in Dhaka city do not let their children carry any school bag or water bottle. If the school is closer to the house, it is seen that the mother is pulling a school bag and water bottle and the father is taking care of the child. If the parents cannot accompany the child to the school, other members of the family will do that. In any way, the child is not allowed to carry anything assuming that the child is not fit to do this. Thus, his self-confidence would never grow. The idea of doing his work is not being grown in him. I do not wish to mention those children who travel in the car. The scenario in the village may be a little different. Even if the children there are using school bag and water bottle or tiffin box, parents are not bringing their children to the school.

The aim of teaching at the primary level should be such that the children will learn with joy just like playing games. If the pressure is too high or harder, they may lose interest in studies. The education programmes should help develop children’s own thoughts. Teacher's teaching methods should be interesting, easy to understand and helpful to intellectual development. It should be noted that learning should not be construed or stressed due to stress, which can lead to reluctance.

The teaching methods should create interests among children to do something from their own. If a child can express, verbally or written, his own idea on a particular issue that would be the success of a teacher. Let him think as it comes, let him express as he thinks. In this case, they can also express their thoughts through drawings. Thus, self-confidence and self-reliance will grow by doing their own works. When these two issues are established at the beginning of a child's life, his future will not be hindered whatever the realities will be. They will be able to face all obstacles. They have that mental strength and talent in them.

Many parents say about the huge pressure of study on their children. That forces them to appoint house tutors for their children or to take them to the coaching centre. Here, the child does not have the opportunity to develop his own ideas or thoughts. His knowledge becomes limited within the book. Any other thing that he is able to think remains unknown or unexpressed. He is being made as a robot. However, the aim of education is to create something else - to make the children self-confident and self-reliant.

I would like to end here today by adding a few more words. Let us consider the following- (1) Children should be helped in the development of their own thoughts and behaviours. Help the child to understand that they can do anything and people like them. (2) Allow the children to express their likes and dislikes. When a child learns to choose according to his age, he feels himself very strong and confident. (3) Extra appreciation does not help children to be hard-working or doing well. In fact, if we tell the children that they are very smart and talented, then they might be discouraged when encountering something tougher. If we do not greatly appreciate our children, they will be more motivated to work hard to face the challenge. Their efforts should be appreciated, not the result. (4) Children should be well-advised and guided. It may seem like a strange suggestion, but how to address or talk to a person inspires a child to build his confidence. The beauty of association with others increases his self-confidence. (5) A child should be trained to solve the problem. Help him in solving the problem rather than solving the problem. As parents, you will guide your children in their efforts to solve their problems, but do not work for them. It might be a great opportunity to build their confidence and skills, when they face disappointment. Encourage your children, but do not make them depend on you. Let them find the solutions. Stand by them and help, but do not put your hands in their works except necessary encouragement. (6) They have to be given responsibilities. Giving some works at the house helps them to increase their self-confidence. Regardless of the size of the work, it creates some fellings ‘I can do’ in them. (7) Parents should improve their self-confidence. This is very important. Parents could be their role model. If parents are strong and confident, their children will look at them and follow them. (8) The teachers should be like friends. Children cannot learn from fear rather lose their self-esteem. They have to be guided to do the right thing as they like to do. (9) We have to think about children's curriculum and textbooks. Proper care should be taken so that education does not become a burden on them. There should not be any whole that can create dissatisfaction among the children about education. (10) Children can be taken to different places to introduce to the nature. It can help children’s mental development. Schools or parents can organise such visits on their own. (11) We should be kind to children. They should be grown with affection and love. In no way, we should be merciless to them. If they follow something good, they will learn good things.