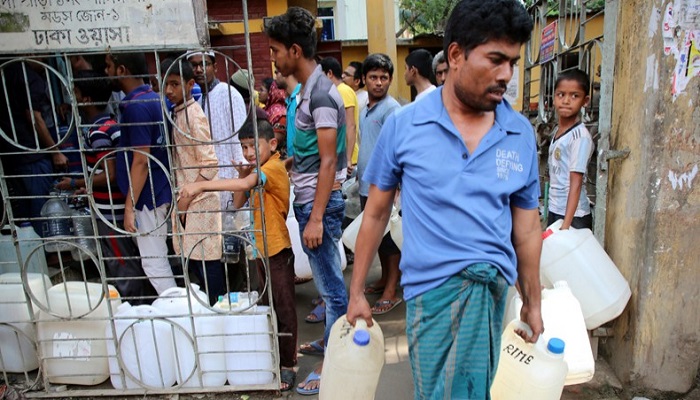 The Dhaka Water Supply and Sewerage Authority (WASA) on Thursday submitted a report to the High Court confessing that water distributed by WASA to 57 areas in the city are polluted.

Through this, the WASA, for the first time, confessed that its water supplies are contaminated.

The WASA authorities submitted the report to a HC Bench of Justice JBM Hasan and Justice Md Khairul Alam. The report was prepared based on allegations brought by the dwellers of the city areas.

It also mentioned in the report that, water supplied by WASA to 57 areas is more polluted than those of other areas. The report was made examining the water samples, taken form the houses, which are under WASA supply coverage.

After receiving the report, the HC said that producing water is not the only duty of WASA managing director. His duty is to reach out the pure water to the people’s doors.

The HC asked Head of Dhaka University’s microbiology department Sabita Rezwana Rahman to appear before the court on May 21 for placing expert opinion on an easy way to test polluted water of the WASA.

The HC will pass further order on this issue on May 21.