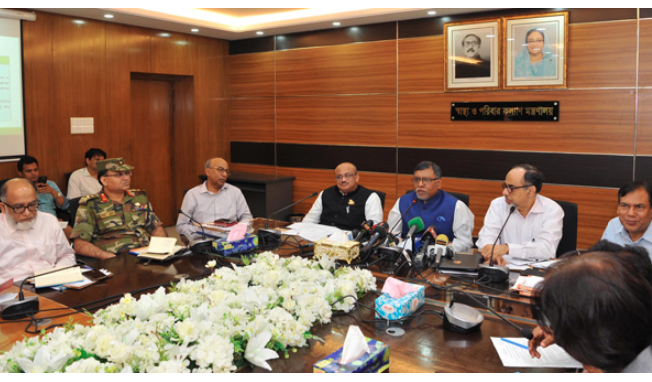 Health and Family Welfare Minister Zahid Maleque today said the attendance of doctors in the government hospitals has increased to 75 percent from 40 percent due to the ministry’s 100-day programme in the health sector.

“Every hospital has been brought under the monitoring. The attendance of doctors in the government hospitals has increased to 75 percent from 40 percent. We hope it would be 100 percent soon,” he said at a press conference on the ministry’s 100-day programme in the health sector at the ministry’s conference room here.

Zahid added: “We have become successful in implementing the 100-day programme, which was taken as per the election manifesto of Awami League. Another yearlong programme will be announced soon, In-Sha-Allah”.

Activities of the Sheikh Hasina National Burn and Plastic Surgery Institute will start in full swing by July 15, the minister said, adding that required equipments for the specialized hospital have already been procured.

He also said that 350 doctors have already been recruited and another 4,792 physicians have been recommended by Bangladesh Public Service Commission (BPSC) for recruitment in the government hospitals across the country.

More 5,000 doctors will be recruited in the next year, the health minister added.

Steps have taken for displaying the price list of different health services at every hospital, Zahid said, adding that website has been launched for each hospital where anyone can lodge complaints or give suggestions for better service.

As per the directive of Prime Minister Sheikh Hasina, a 100-bed cancer-kidney hospital will be built in every division soon, the minister said.