We are doing nothing to free Khaleda Zia: Nazrul Islam Khan 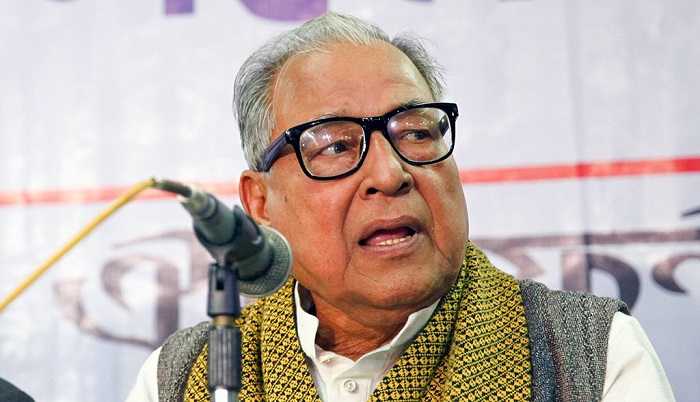 Bangladesh Nationalist Party (BNP) Standing Committee member Nazrul Islam Khan on Thursday said there is no need to do ‘self-sacrifice’ for freeing his party chairperson Begum Khaleda Zia. Rather he pledged to come out to the street to release her.

He came up with this comment while participating a discussion programme on historical ‘Farakka Long March Day’ at Nation Press Club in the capital on Thursday.

The meeting was arranged by Jatiyatabadi Krishok Dal to mark the day, on which Maulana Abdul Hamid Khan Bhasani led a massive long march from Rajshahi towards India's Farakka barrage, demanding demolition of the barrage constructed by the Indian government to divert flow of Ganges water inside its’ territory.

He commented this as a reaction to a remark made by BNP leader, who advocated self-immolation for the shake of freeing its imprisoned chairperson.

Nazrul Islam Khan said, “We have discussed a lot on the issue of freeing Khaleda Zia. Actually, we are doing nothing in this regard.”

BNP senior leader also said there is no scanty of plans for freeing Khaleda Zia, but no initiative is yet to be taken as per the plans.