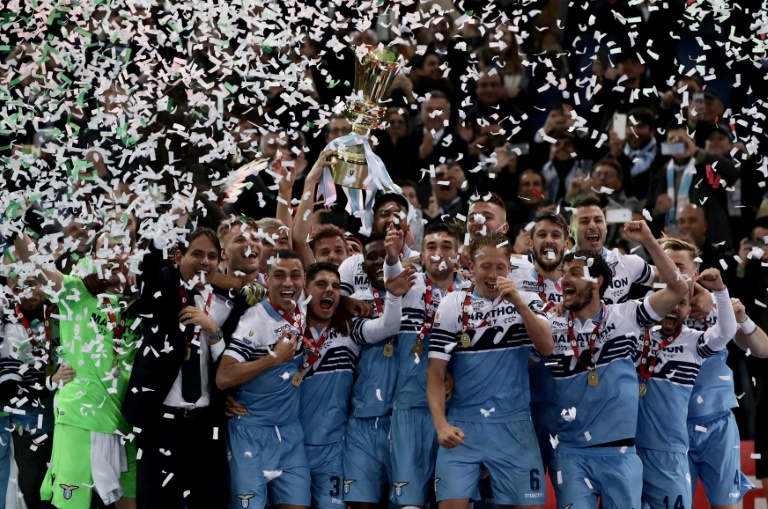 Lazio lifted the Coppa Italia for the seventh time on Wednesday after late goals from Sergej Milinkovic-Savic and Joaquin Correa guided them to a 2-0 final win over dogged Atalanta in Rome.

Milinkovic-Savic's fine header set Lazio on their way with eight minutes left at the Stadio Olimpico, seconds after coming on as a substitute, before Correa sealed victory in the closing moments of the match.

The victory books Lazio a ticket to next season's Europa League, much-needed for Simone Inzaghi's side as they are eighth in Serie A, four points off the European berths with two games left to play.

Atalanta had eliminated holders Juventus in the quarter-finals and been bidding to win their second Coppa Italia, which would have been their first major honour since they last won the competition in 1963.

For Atalanta -- who are still in the running for a first-ever qualification to the Champions League -- it is their third defeat in the final after also missing out in 1987 and 1996.

Gian Piero Gasperini's side head to Italian champions Juventus on Sunday looking to keep hold of fourth place in Serie A, which is being chased by AC Milan and Roma, both three points back.

Lazio move level with Inter Milan in third place for the most Cup wins, behind Juventus (13) and city rivals Roma (9).