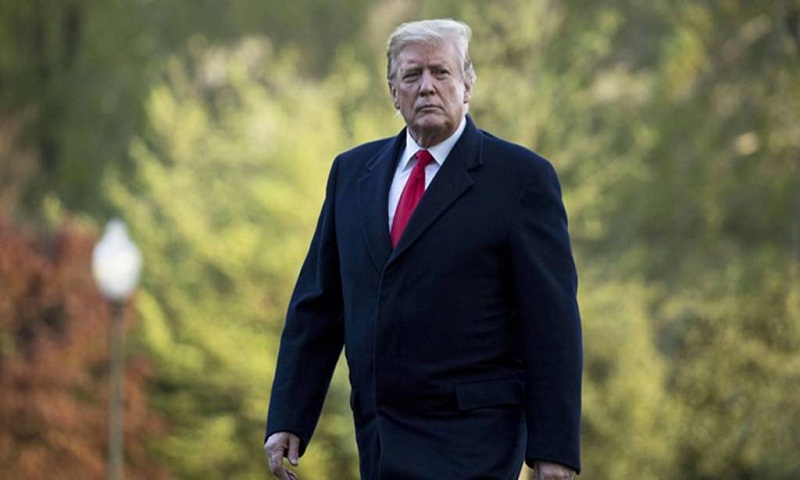 Donald Trump lost an auction in 1988 for a 58-key piano used in the classic film “Casablanca” to a Japanese trading company representing a collector. While he brushed off being outbid, it was a firsthand reminder of Japan’s growing wealth, and the following year, Trump went on television to call for a 15% to 20% tax on imports from Japan.

“I believe very strongly in tariffs,” Trump, at the time a Manhattan real estate developer with fledgling political instincts, told journalist Diane Sawyer, before criticizing Japan, West Germany, Saudi Arabia and South Korea for their trade practices. “America is being ripped off,” he said. “We’re a debtor nation, and we have to tax, we have to tariff, we have to protect this country.”

Thirty years later, few issues have defined Trump’s presidency more than his love for tariffs — and on few issues has he been more unswerving. Allies and historians say that love is rooted in Trump’s experience as a businessman in the 1980s with the people and money of Japan, then perceived as a mortal threat to U.S. economic pre-eminence.

“This is something that has been stuck in his craw since the ’80s,” said Dan DiMicco, a former steel executive who helped draft Trump’s trade policy on the 2016 campaign trail and in his presidential transition. “It came from his very own core belief.”

The affection has grown in recent years, as tariffs have emerged as perhaps the most potent unilateral tool that Trump can wield to advance his economic agenda — and perhaps the purest policy expression of the campaign themes that lifted him to the White House.

He has defied pressure to remove those tariffs from business groups, Republican and Democratic lawmakers and some of his own domestic policy advisers. And he has grown more insistent in his claims that it is the nation’s trading partners, not American consumers, that bear the brunt of the costs from what amounts to a tax increase on imports. No evidence supports that.

In conversations with lawmakers and advisers, Trump is fond of using “tariff” as a verb and waving off concerns that they raise consumer prices and depress economic activity.

“Where are my tariffs? Bring me my tariffs,” the president declared at meetings early in his presidency, when his advisers were not providing him options quickly enough.

Trump was a vocal critic of Japan as its economy and international influence boomed in the ’80s, a period of high anxiety over Japanese economic ascension, though he himself had a complicated relationship with the country. He competed with Japanese developers for properties in New York City, then bragged of selling condominiums and office space for a premium to Japanese buyers. He borrowed money from Japanese financial institutions, but complained about the difficulty of doing deals with large groups of Japanese businessmen.

One of his first public statements on the subject came in October 1987, a few days after the stock market crashed, when Trump spoke to 500 people at a Rotary Club in Portsmouth, New Hampshire. Trump was 41, the newly minted author of “The Art of the Deal” and hearing the first words of encouragement that he should run for president.

Trump railed against Japan, as well as Saudi Arabia and Kuwait, saying these allies were cheating the United States. Rather than raise taxes on Americans to close the federal deficit, he said, “We should have these countries that are ripping us off pay off the $200 billion deficit.”

Mike Dunbar, a local Republican official who organized the speech, said, “Obviously, there’s more meat on the bone today. But he’s completely the Trump I met and knew in the ’80s.”

As president, Trump has clashed with some aides over their efficacy, particularly early in the administration. Regular Tuesday morning meetings on trade would often devolve into rancorous debates between the economic nationalists and more mainstream advisers, like Gary D. Cohn, the president’s former chief economic adviser. After one heated exchange, Trump derided Cohn as a “globalist.”

Those tensions have not entirely subsided. On Sunday, Cohn’s successor, Larry Kudlow, irked Trump when he told a television interviewer that American consumers would pay some of the costs of tariffs.

DiMicco, the campaign trade adviser, said Trump was living up to his promises and becoming the first U.S. president to say “enough’s enough” to China. Trump’s message to Beijing, he said, was that “there’s only one way for us to obviously get your attention because you haven’t lived up to any agreement you’ve made with the global trading community, and that’s to hit you between the eyes with tariffs.”

Trump relies on his trade adviser, Peter Navarro, to provide the economic rationale for his devotion to tariffs. When a delegation of Republican senators warned Trump in a recent White House meeting about their cost to consumers, the president turned to Navarro, who showed the senators a slide presentation that documented how the tariffs had helped lift first-quarter economic growth to 3.2%.

A former professor at the University of California, Irvine, Navarro has long argued, in books and speeches, that tariffs — far from being a burden on consumers and a drag on growth — can fuel growth and productivity. Those views place him outside the mainstream of his profession. But he argues that the standard economic scholarship about tariffs does not take into account market distortions between trading partners.

In the case of China, Navarro has said, those distortions include huge Chinese subsidies of exports, the forced transfer of technology from American firms that want to do business in China and the theft of American intellectual property from. He argues that tariffs, which might otherwise raise the prices of Chinese goods, serve merely to level the playing field. They also encourage production in the United States.

Arthur Laffer, the conservative economist who has advised Trump, said he has told the president what he tells everyone about trade policy: “When you look at tariffs, they are very, very bad for the economy.” But he believes Trump is using tariffs to pressure other countries to open their markets more freely.

“I have no reason to second-guess the president on negotiation strategy,” Laffer said.

Increasingly, though, Trump appears to view tariffs as not just a negotiating ploy, but an end in themselves. He declared last week on Twitter that Chinese leaders seemed to think they could get a better trade deal if they waited for a new president to be elected.