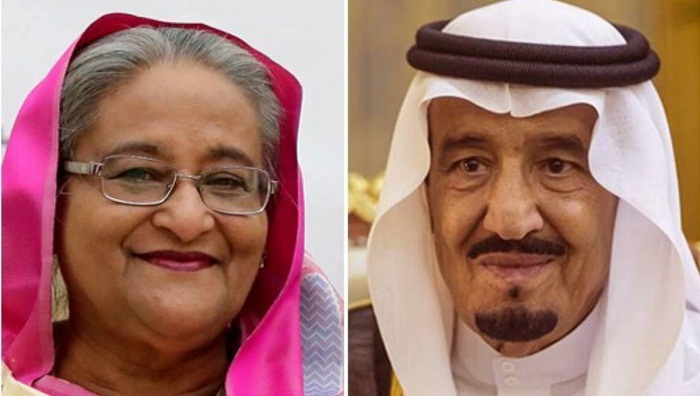 Saudi King Salman bin Abdulaziz Al Saud has invited Prime Minister Sheikh Hasina to attend the 14th Islamic Summit of Organization of Islamic Cooperation (OIC) to be held at Makkah at the end of Ramadan.

Acting Saudi Ambassador in Dhaka Amer Omer Salem Omar on Thursday morning handed over an invitation letter to this end to the Prime Minister at her official residence Ganobhaban in the capital, said PM's Press Secretary Ihsanul Karim.

The Prime Minister accepted the invitation and assured her presence in the summit.

At the meeting, the envoy said the Saudi King cordially invited her to join the OIC summit and conveyed the King's Ramadan greetings to the Prime Minister.

Sheikh Hasina extended her sincere thanks to the Saudi King for his invitation.