Four Indian nationals held in Brahmanbaria over IS link 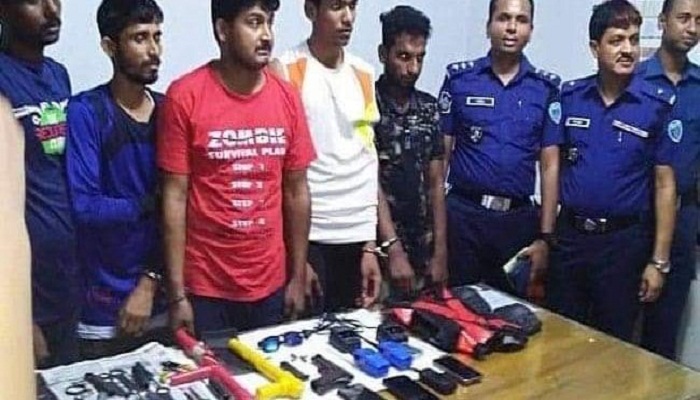 Four Indian nationals, who reportedly came to Bangladesh to commit terror activities in the name of Islamic State (IS), were detained by law enforcers in Brahmanbaria.

Abdul Karim, assistant superintendent of police (ASP) of Kasba police station in Brahmanbaria informed journalists that six men were staying in a room at Ma Plaza’s Alif Hotel of Brahmanbaria.

Based on secret information about their presence, police conducted a drive there.

Police also said investigation is going on whether these arrested people had gathered to commit a major crime. Two cases are being filed in this regard with Kasba police station.