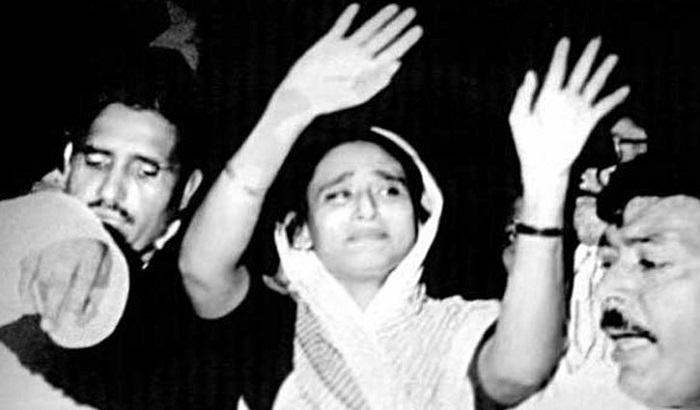 On May 17, 1981, Sheikh Hasina returned home from India after nearly six years in exile following the assassination of Father of the Nation Bangabandhu Sheikh Mujibur Rahman and most of his family members by a group of disgruntled army officers on August 15, 1975.

Bangabandu's two daughters, Sheikh Hasina and Sheikh Rehana, survived as they were in Germany at that time.

Over a million people gathered outside the Kurmitola Airport in Dhaka to receive her. People had come from every corner of the country and the thoroughfare from Farmgate to Kurmitola was full of jubilant crowd.

After a long hovering over the airport, an aircraft of Indian Airlines carrying Sheikh Hasina from Delhi via Kolkata touched the runway at 4:30pm on the day.

Earlier on February 14, 15 and 16 in 1981, Awami League at its national council had elected Sheikh Hasina as the president of the party.

To mark the day, Awami League and its associate bodies are going to hold various programmes.