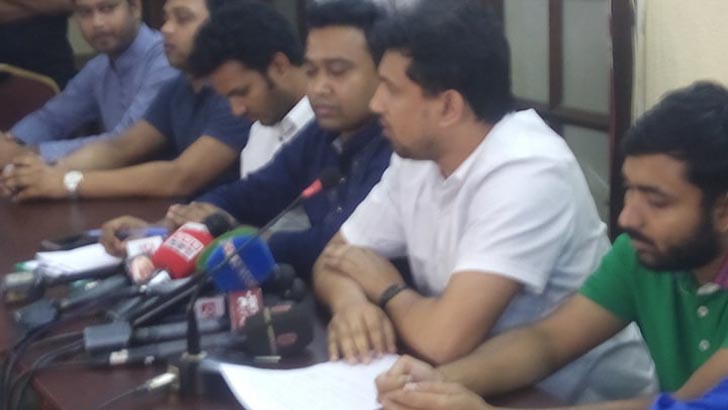 Various types of allegations have been found against a number of leaders who are included in the newly formed Bangladesh Chhatra League (BCL) committee.

Several allegations have been found against them as many of the leaders of the committee are married, some are involved with drug addiction and several of them are engaged in breaking organisational disciplines.

The information was revealed at a press conference at the political office of Awami League at Dhanmondi in the city at 12:00 am on Wednesday.

Citing seventeen accused, who were involved in several controversies and BCL anti-constitutional activities, BCL general secretary Golam Rabbani said, “We have primarily got their involvement in various types of allegations, including non-students, marriages, criminal accusations and anti-Liberation War views.”

Golam Rabbani promised to suspend them within 24 hours if the accusations are proved against them.

He also warned the protesters of BCL at the press conference and said, “I want to clarify that everyone’s expectations can’t be fulfilled, but the tone of the protest should be democratic. We won’t also spare those, who had involved in disorders. We will also suspend them.”

BCL president Rezwanul Haque Chowdhury said, “We will suspend the accused, at the same time we will follow the same path for those who created chaos in the organisation.”

At the press conference, BCL general secretary said they didn’t get cooperation from the recent formers leaders of the BCL.

Earlier, a photo got viral in the Facebook, showing President Rezwanul Haque Chowdhury with his so-called wife.

When asked about this controversy, Rezwanul Haque Chowdhury said, “There is no barrier in the BCL constitution that one can’t have a ‘friend’ and we will know her identity after I finish my terms as president.”

There has been an accusation against BCL general secretary Golam Rabbani of taking drugs.

Clarifying the controversy, Golam Rabbani said, “I have donated blood for 24 times, if I were an addict, my blood won’t have been received for the critical patients. Some are spreading propaganda against me.”

Meanwhile, Prime Minister and Awami League President Sheikh Hasina on Wednesday gave instructions for probing the allegations against the “controversial” leaders in the newly formed BCL central committee, according to party insiders.